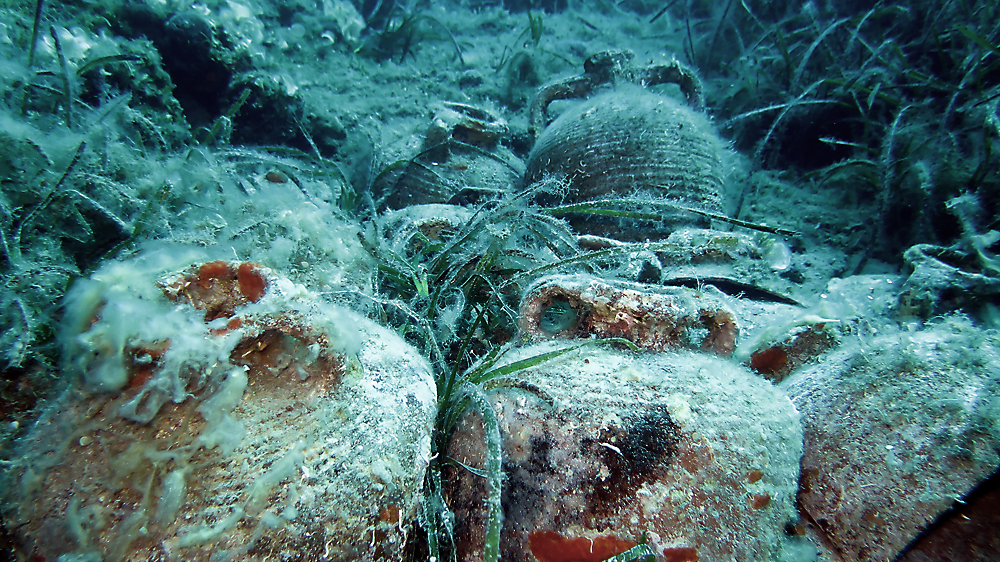 So it is with Mljet – our island getaway, just over an hour from Dubrovnik. To be fair, however, the claim the article made was that it was describing European Islands without a lot of Tourists. Mljet could fit that definition depending on your definition of ‘a lot’.

Regardless, if you are not seeking a wilderness experience, it is a little gem, with crystal clear water, picture perfect clifftop and coastal villages, great walking and riding and spectacular scenery.

The ferry ride from Dubrovnik takes about an hour from the modern port by the local fast cat. Coming from the north you can also get there via the catamaran service that comes from Split.

This is the only part of the five week trip that is largely unplanned, so we arrive at Sobra, on Mljet, with no idea how we will get to Saplunara. Saplunara is on the southern, and quietest, end of the island, which is where our AirBnB is located.

This sort of unplanned arrival is, theoretically, the best type of holiday, where one just travels and arrives on a whim and makes the best of the opportunities that present themselves.

In this case it is just an Idiot Traveller oversight of the sort that is eminently avoidable if only I had actually given some thought to our next stop. Had we arrived on a weekend, instead of a weekday it is likely no cars would have been available. So we would have been marooned on the northern end of Mljet.

This would have been very useful as most of what we want to do is on the other end. As it is we are able to hire a car at the port.

This is where my instinctive reversion to adolescent tendencies cuts in and I can’t resist hiring a convertible VW Golf. Most of the cars available are, in fact, also convertibles but even so my latent male bogan tendencies allow me revert to my memories of screaming around the European roads in my old convertible Triumph Vitesse.

Usually, in those days, I was over both the speed limit and the safe alcohol limit. This was before the days when there was breath testing and before anyone, apparently believed drink driving was a problem.

It takes about an hour to drive from one end of Mljet to the other along winding roads. We enjoy views which, if you bought properties, in Australia, that had similar views, they would cost $10 million..

We quickly discover that the VW has no synchro, limited braking ability and a hole in the exhaust. This gives everyone within five kilometres the impression that an entire fleet of Triumph motorcycles is passing in convoy.

For us, in the car, the exhaust problem threatens not only deafness but early brain damage via carbon monoxide fumes. And this is leaving aside the damage to Kaylee’s perm, and to her complexion, caused by too much wind and sun.

Our AirBnB at Saplunara sits on a quiet dirt road about 30 seconds walk from a spot where you can plunge off the rocks. If you go in the opposite direction, we are a two minute walk from a quiet, partially shaded beach.

It’s not really my type of beach but Kaylee is like the proverbial pig in shit with the tranquility, the sunshine and the water. Plenty of time to relax and read. On top of all those good things, the local village about five minutes drive away has a restaurant. With its great location and good food and wine its like a scene out of the Lotus Eaters¹.

In the morning we roar off, literally, to the other end of Mljet. The northern end is mainly national park but, if you want the party scene, also has the town of Pomena, just on the tip of the island.

The only real attraction of Pomena, for me, is that it has the only dive centre on the island, and so I get to go diving on our third day.

The owner of the dive centre, is dive-master, boat captain and laconic Mjletian Ive Sosa, from the Aquatic Diver Centre. He quietly tolerates my apparent inability to either organise or put on any of my equipment in a manner that will ensure my survival for more than a few minutes underwater.

In our modern world, diving is a curious anomaly. It requires a massive infrastructure of boats, dive shops, ports, and equipment and the consumption of huge amounts of fuel to get to the dive spots. But, at the same time it is one of the most tranquil, peaceful and meditative experiences available to humankind.

You slide beneath the waves and are left with just the sound of the escaping air. Your vision is narrowed to just what lies in front and you descend into this, almost soundless, nether world of rhythm, soft light, and sensuous movement. Everything, even the divers, try to move with a minimalist elegance of effort, conserving air and energy.

Meditation, yoga, the mountains, the wild lands. These are all places or states to which people go to find some form of tranquility, a type of transformation in a society where there remain few quiet places. The rhythm of long distance surface swimming gives a form of meditative state to some but there are few greater states of grace than that experienced below the water’s surface.

We dive on an ancient 5th century wreck which is still surrounded by the pottery and old bricks that were destined for the, now ruined, palace at Polace, nearby. Visibility is about 50 metres. At about 12 metres I understand why Ive insisted I wear a hood on my wetsuit. Here we encounter a thermocline and suddenly the water temperature plunges from a pleasant 20°c down to about 12°c in the space of one metre. Thermoclines are most evident during the summer; the first at 3 – 5 metres, the next one at about 12 metres, and another at 18 metres.

To get to Pomena, our route takes us along the eastern side of the mountain ridge and past numerous jewel-like coastal towns. The towns sit hundreds of metres below our route along the main road. Each town has its own perfect bay filled with million dollar yachts, .

We visit four towns, on our way to Pomena and back, Korita, Okuklje, Kozarika and Blato. They are all perched around their bays with crystal clear water and old stone buildings,. The are largely unspoilt by the waves of tourism that have overtaken much of Europe.

We venture down to each in turn, over the next two days, to see what they have to offer. Each is quite different, with the sole shared quality being those crystal waters and a bunch of perfectly located AirBnBs and cafe-restaurants.

En route to Pomena we also do a side trip down to Odysseus Cave. The descent is down several hundred steps which is a fortunate deterrent to many. We arrive at 9 am and have the rock platforms and caves entirely to ourself.

Here you plunge off the rock platform into fifty metres of clear water and then, in calm weather, swim into the cave. Inside are the remnants of the old ramps on which fishermen used to store their boats and massive falls of rock which have carved off the cave roof.

There is a national park on the island and our first stop in the park is Great Lake, at the centre of the park. The lake is encircled by a walking and cycling track and its history is dominated by the ancient 12th century Benedictine monastery on the Isle of Saint Mary.

It remained a monastery until 1808 when Napoleon decided the monks had better things to do with their lives and then subsequently became a hotel. It has only recent started being repaired after the Croatian Government returned it to the church. The lake and its surrounds provide a relaxing days cycling, kayaking, swimming and checking out the local history.

Great Lake and the Island of St Mary

Our return trip takes us to Blato. Unlike the coastal towns that have benefited from tourism, Blato, once a thriving town of 250, is now empty, and largely abandoned. The old town now has a population of just 40 people, due to not being on the coast.

It was the third place settled, on the island, and is the location of one the islands perched lakes as well as being one of the main agricultural areas on the island.

Blato provides the Idiot Traveller with a standard travellers’ intelligence test. This test requires us to work out how to put on the roof in order to prevent further carnage being visited on us by the intense afternoon sun.

Travelling in a convertible, one quickly realises why they never became the dominant transport mode. In reality,  there are only about two countries on earth where the climate is sufficiently benign to prevent you either getting fried by the sun or frozen in driving wind or rain.

Blato, once a thriving community of 250 now largely abandoned in the flight to the coast

From Mljet it is back to Dubrovnik. We drop the Suzuki off, which has replaced the VW Golf. We swapped the cars when we could no longer tolerate the sense of imminent death that the brakes of the Golf engendered.

The return trip is on the catamaran from Split, which was probably built in Tasmania (the catamaran not Split), a trip we do in company of several dozen teenagers. They spend the trip taking selfies. The males spend the trip preening in front of the girls each like latter day versions of Warren Beatty, about who the song “You’re so Vain” was allegedly written (at least in part).

The lotus fruits and flowers were the primary food of the island and were a narcotic, causing the inhabitants to sleep in peaceful apathy.