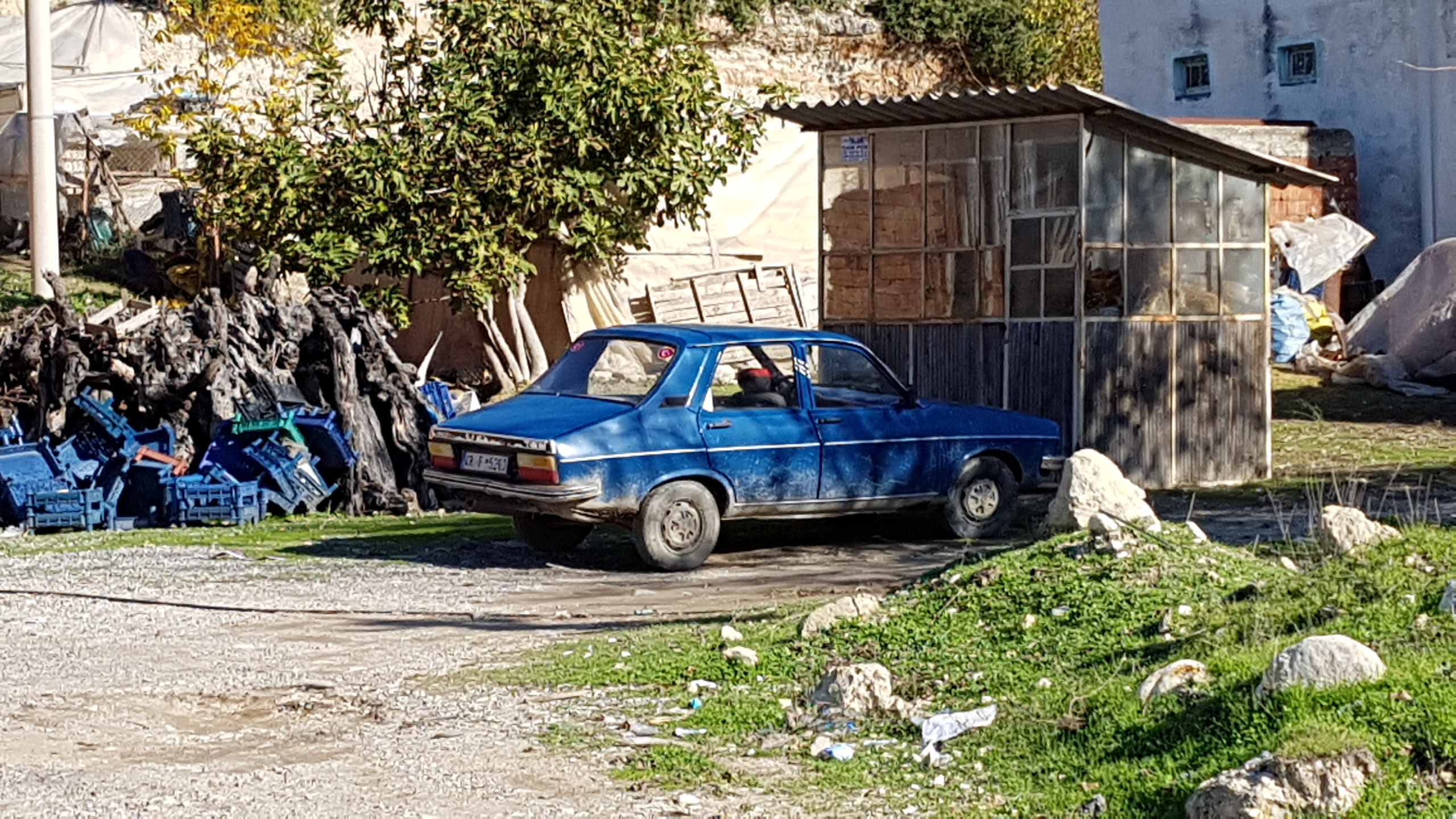 Did you notice that every Renault twelve in the known universe had disappeared? Are you worried that some black hole had appeared and was sucking matter into its vortex? You might be next? Fear Not. Every Renault 12 ever produced is, apparently, hanging out, doing its thing, in and around Fethiye, Turkey. The Black hole, if it exists, is disgorging matter in and around Fethiye. 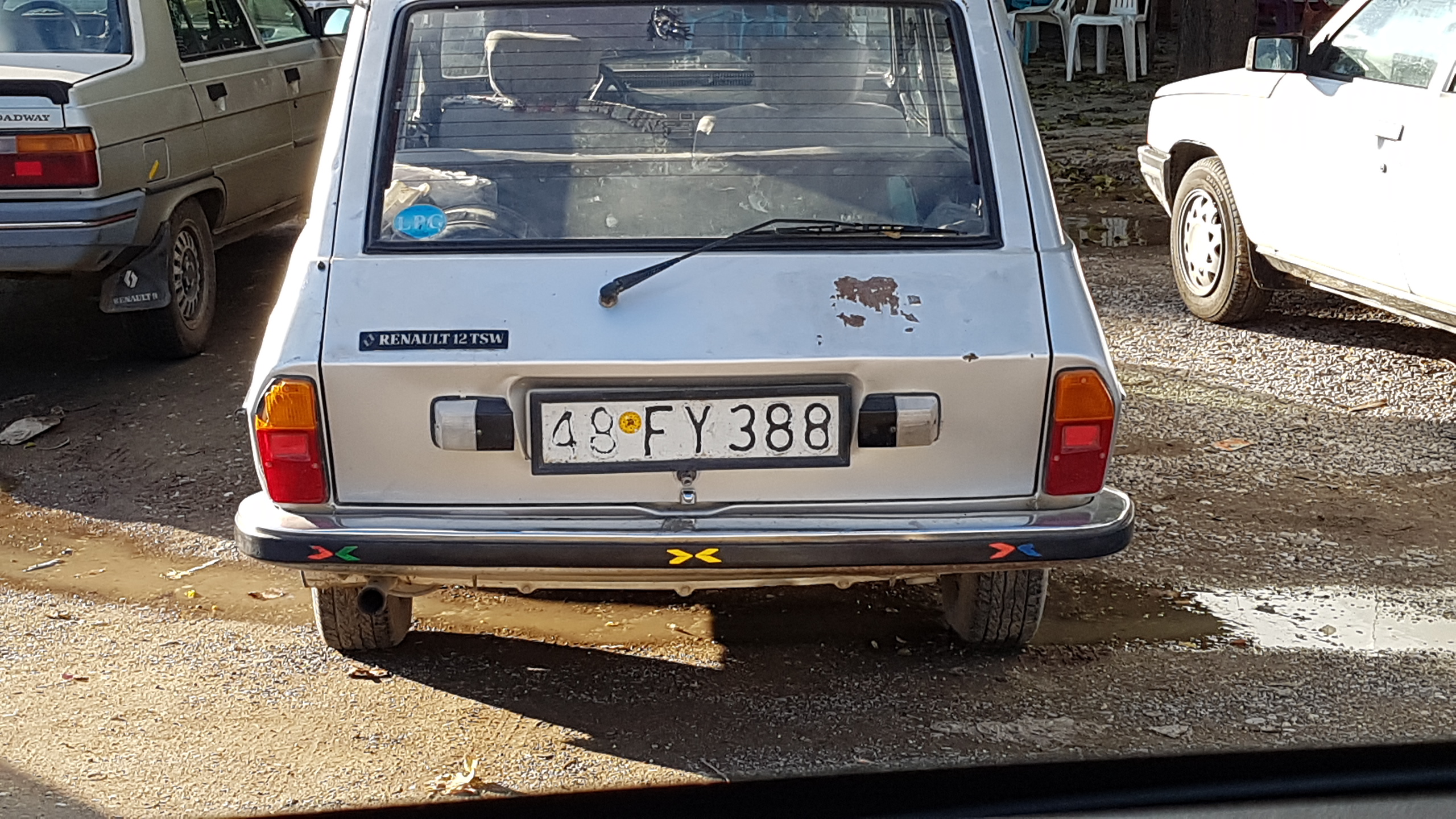 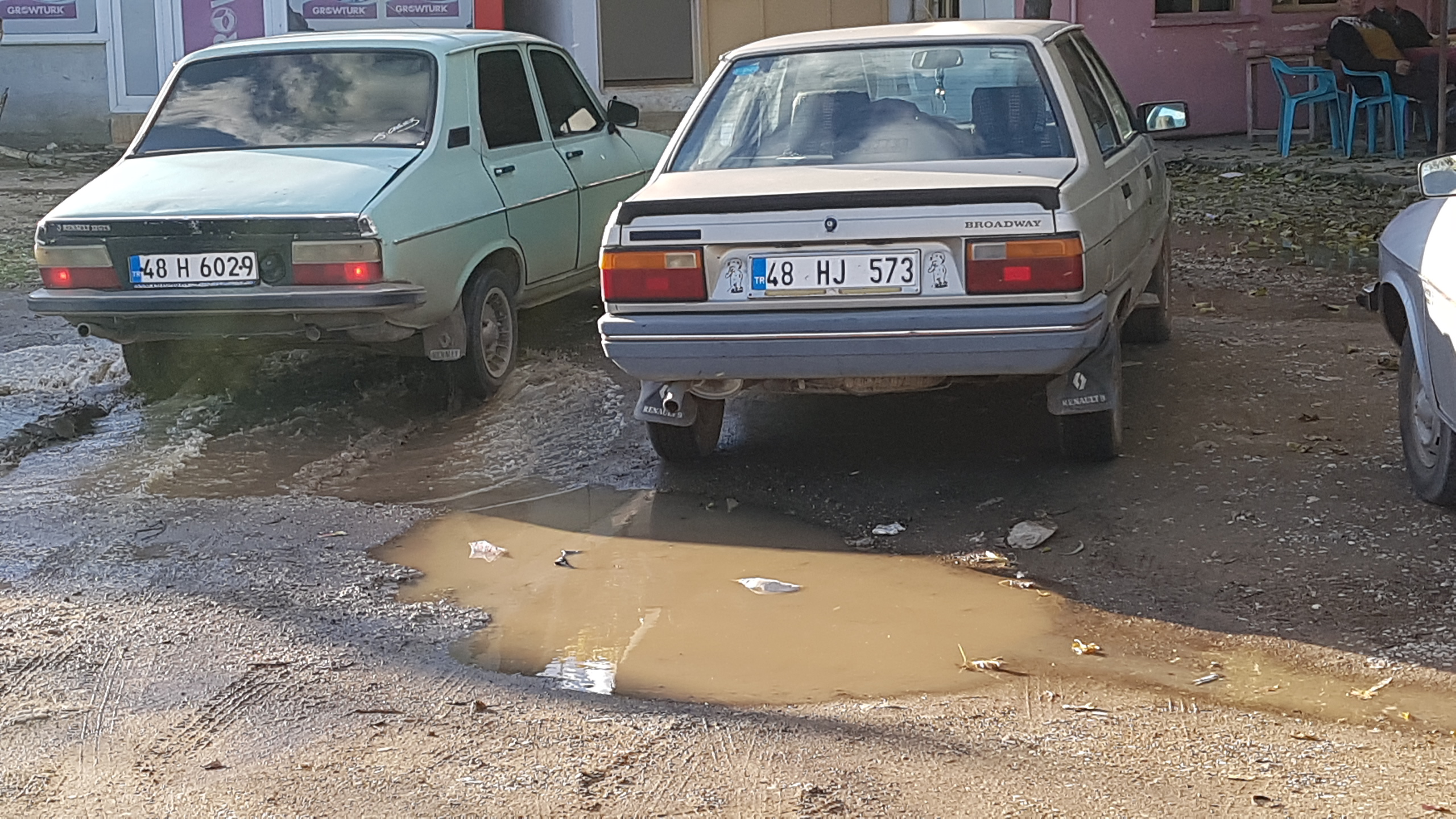 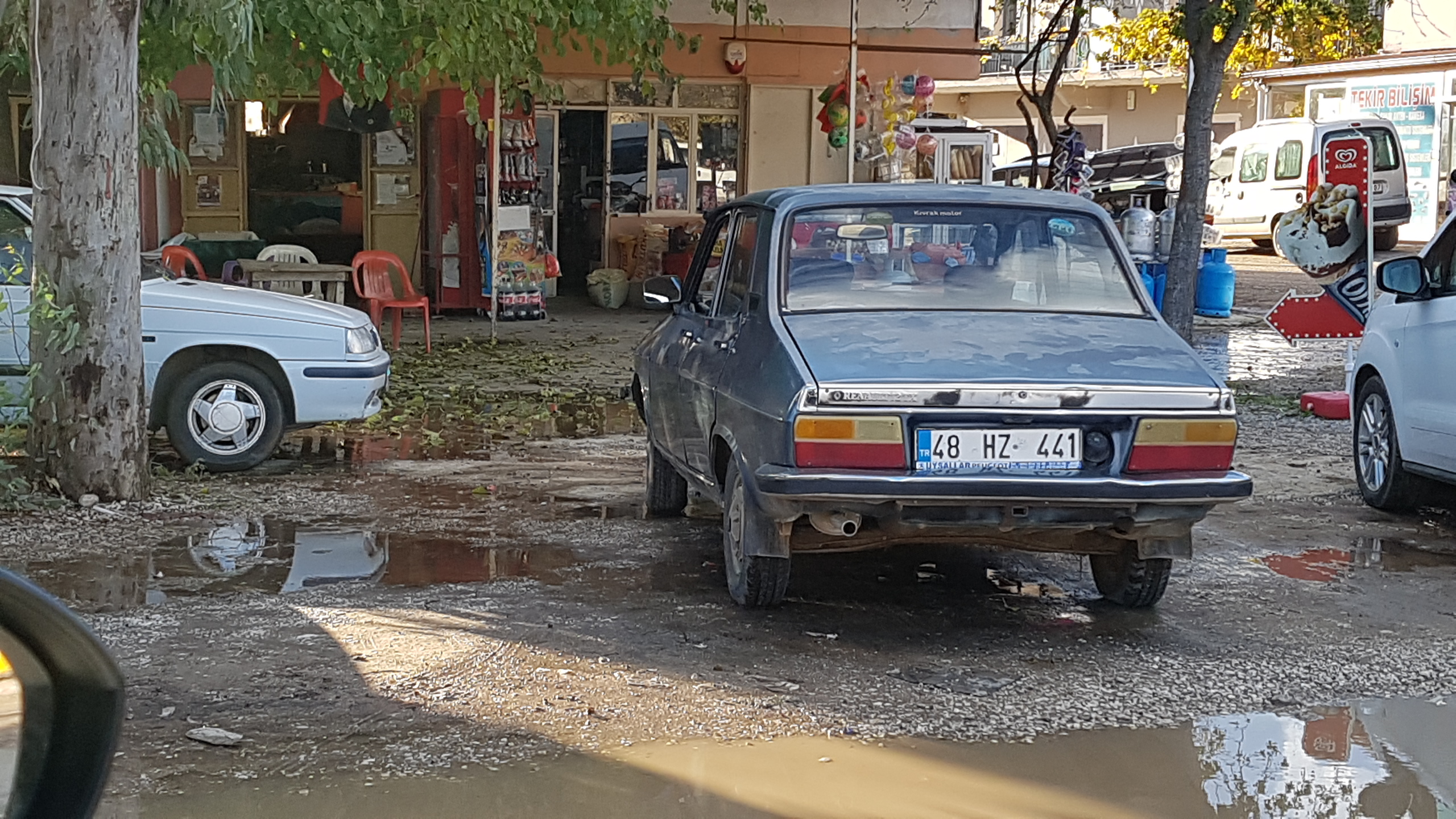 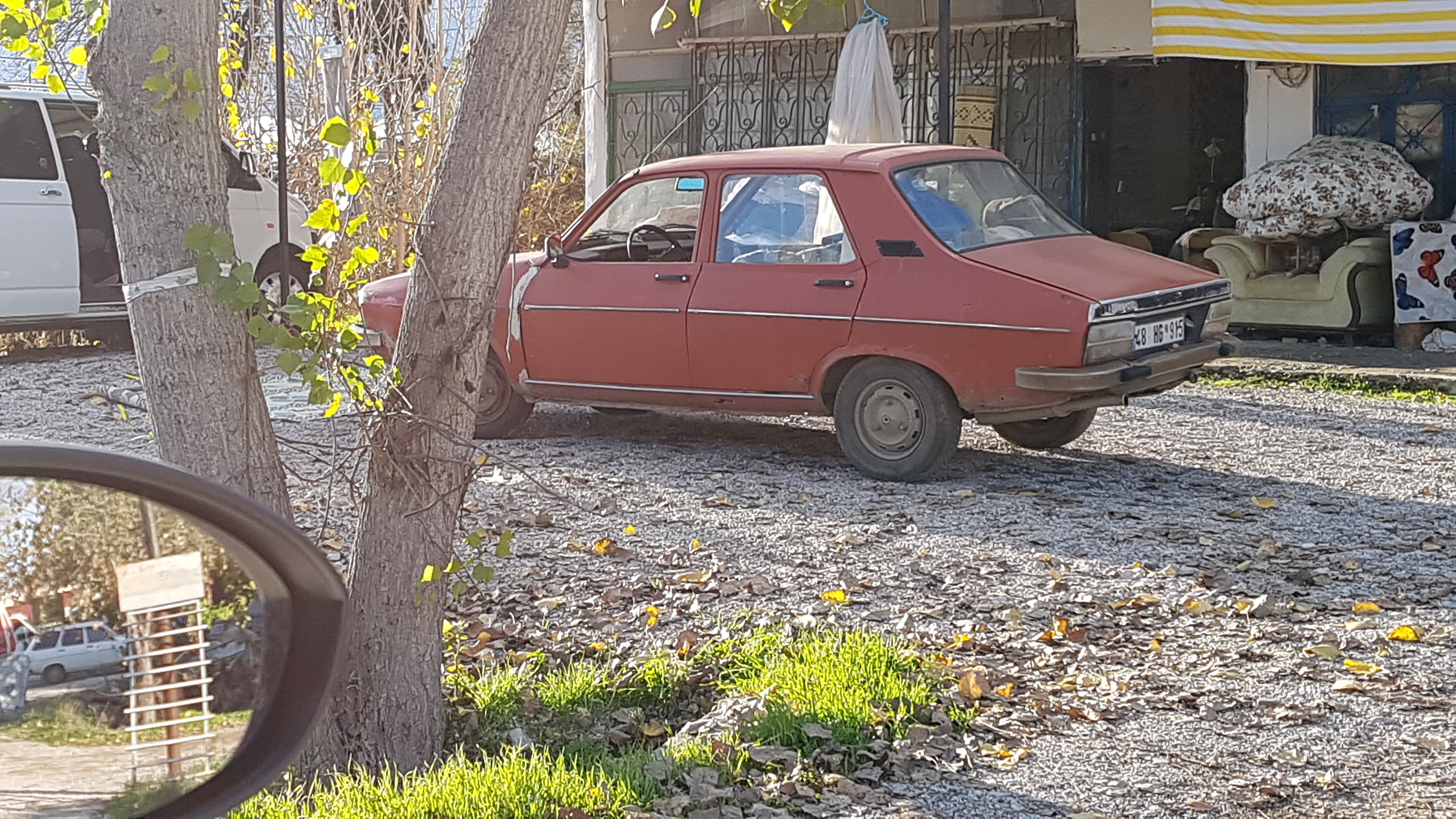 So if your Renault 12 has gone missing – it’s in Fethiye. Having a good time like some sort of large gnome. 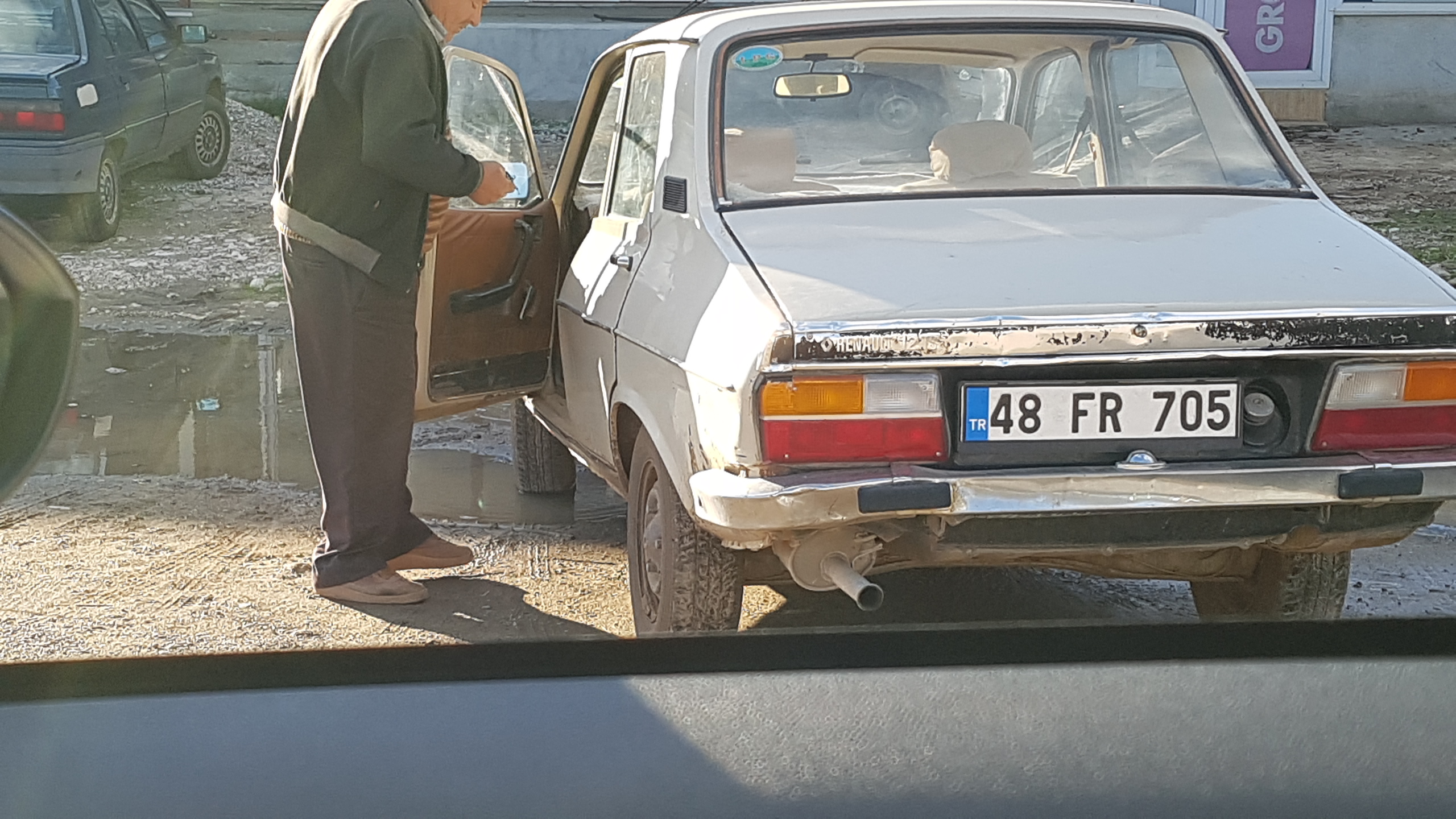 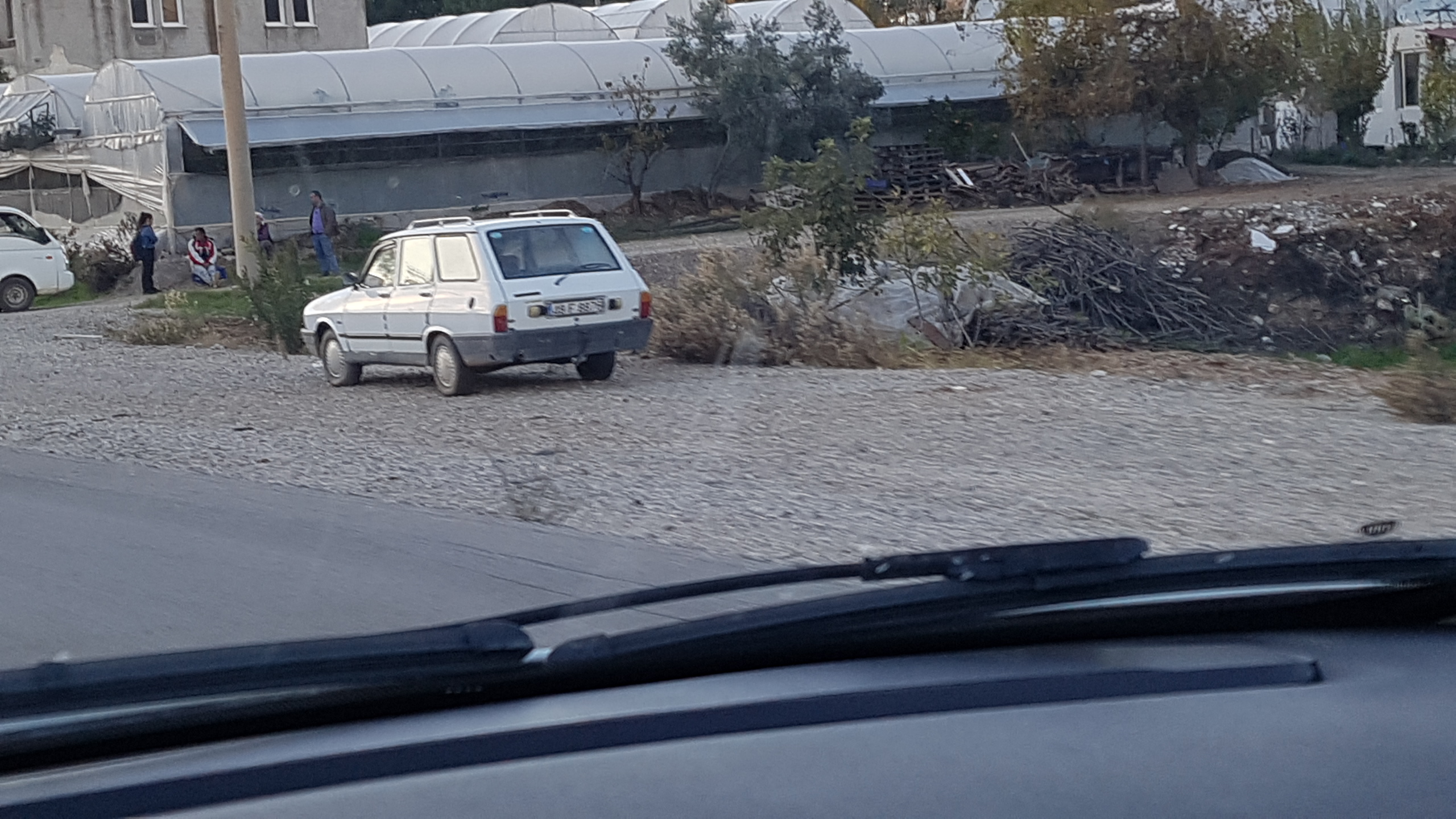 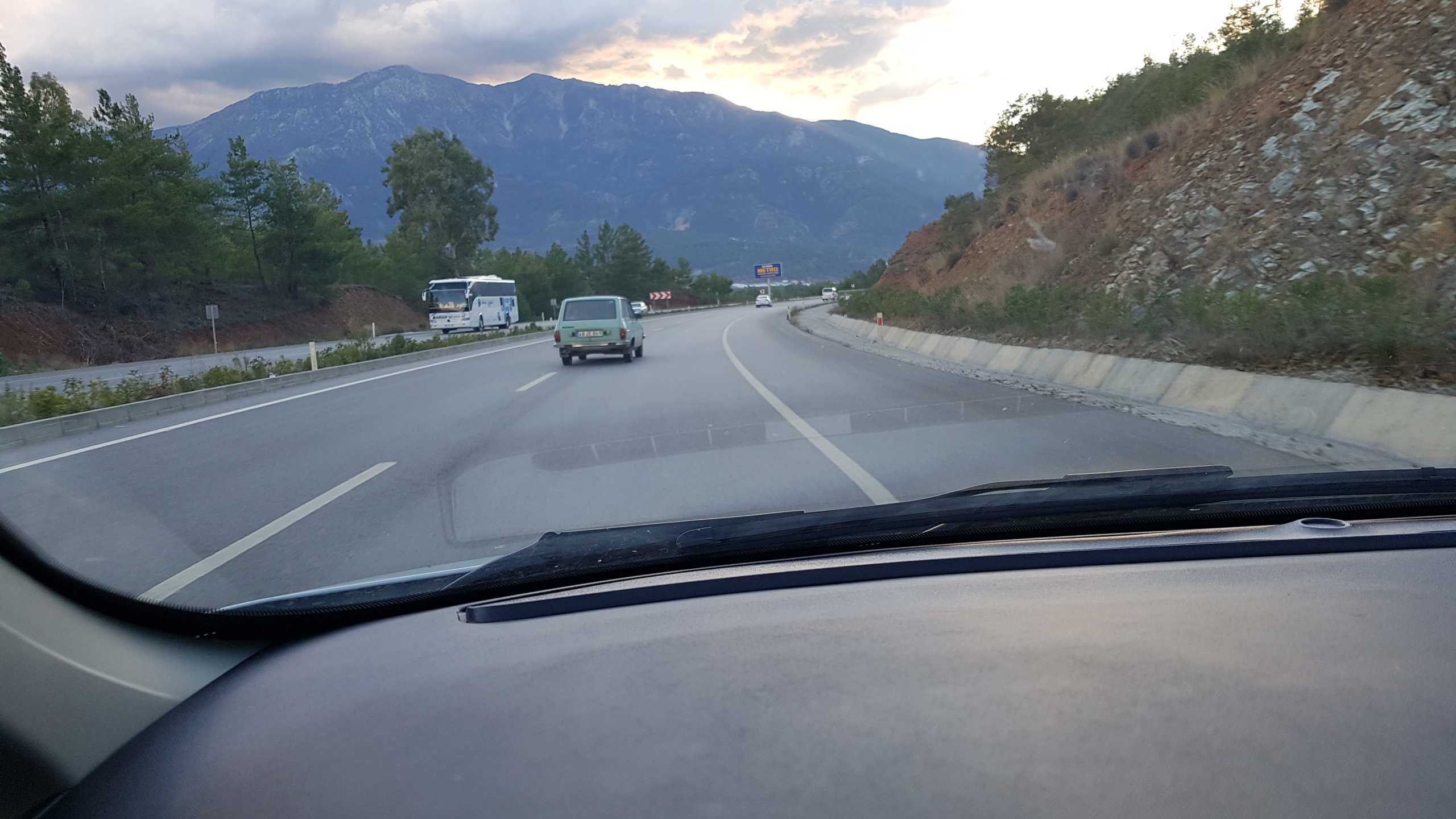 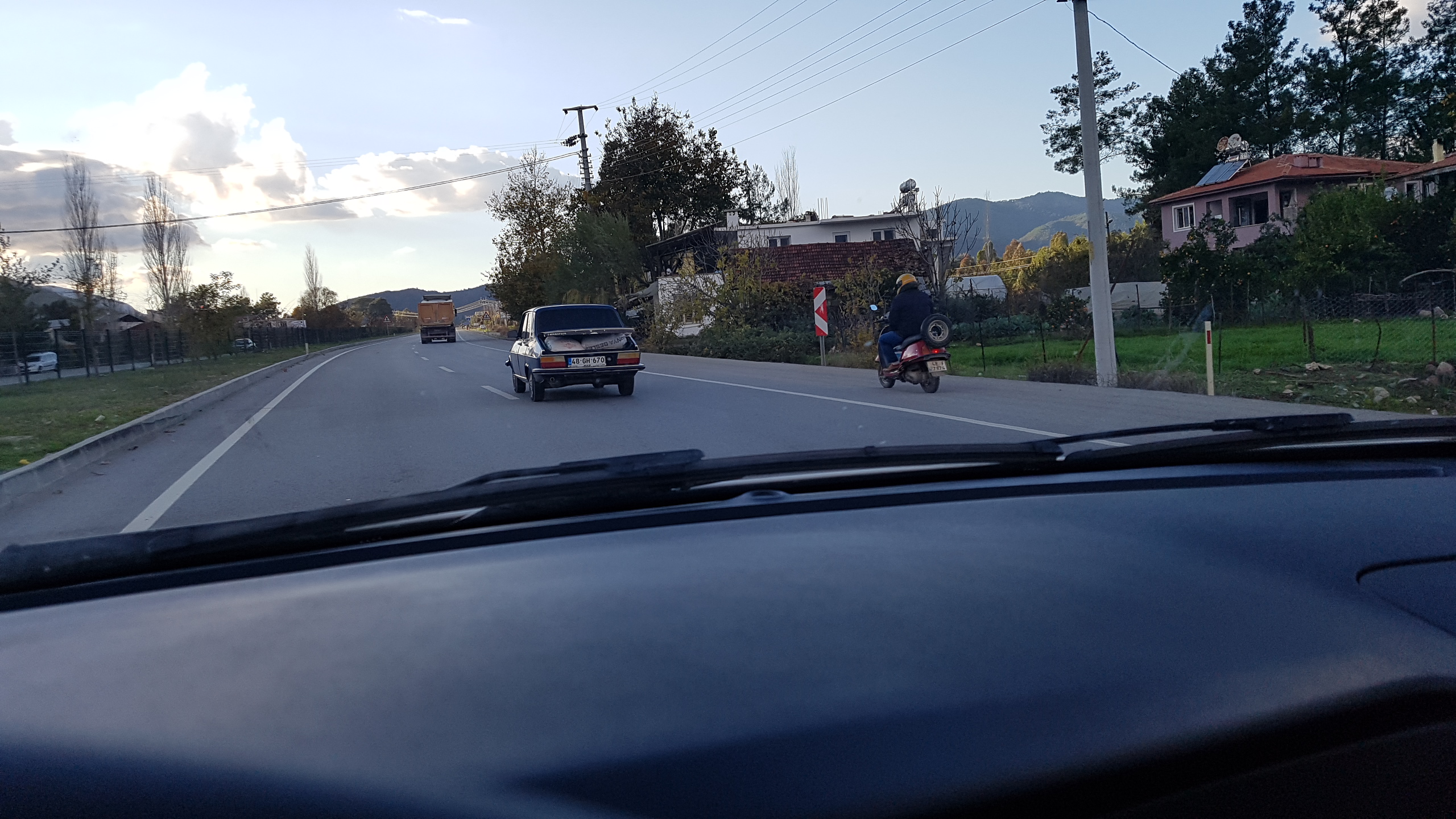 You know that feeling of something not being quite right? For example, you are driving along and a Renault 12 goes past. Odd you think, I could have sworn the last one was put to death in the 2000’s. After all they stop producing them in 1990 so even the youngest is 27 years old. But then another appears, then another. In fact a veritable plague of them. 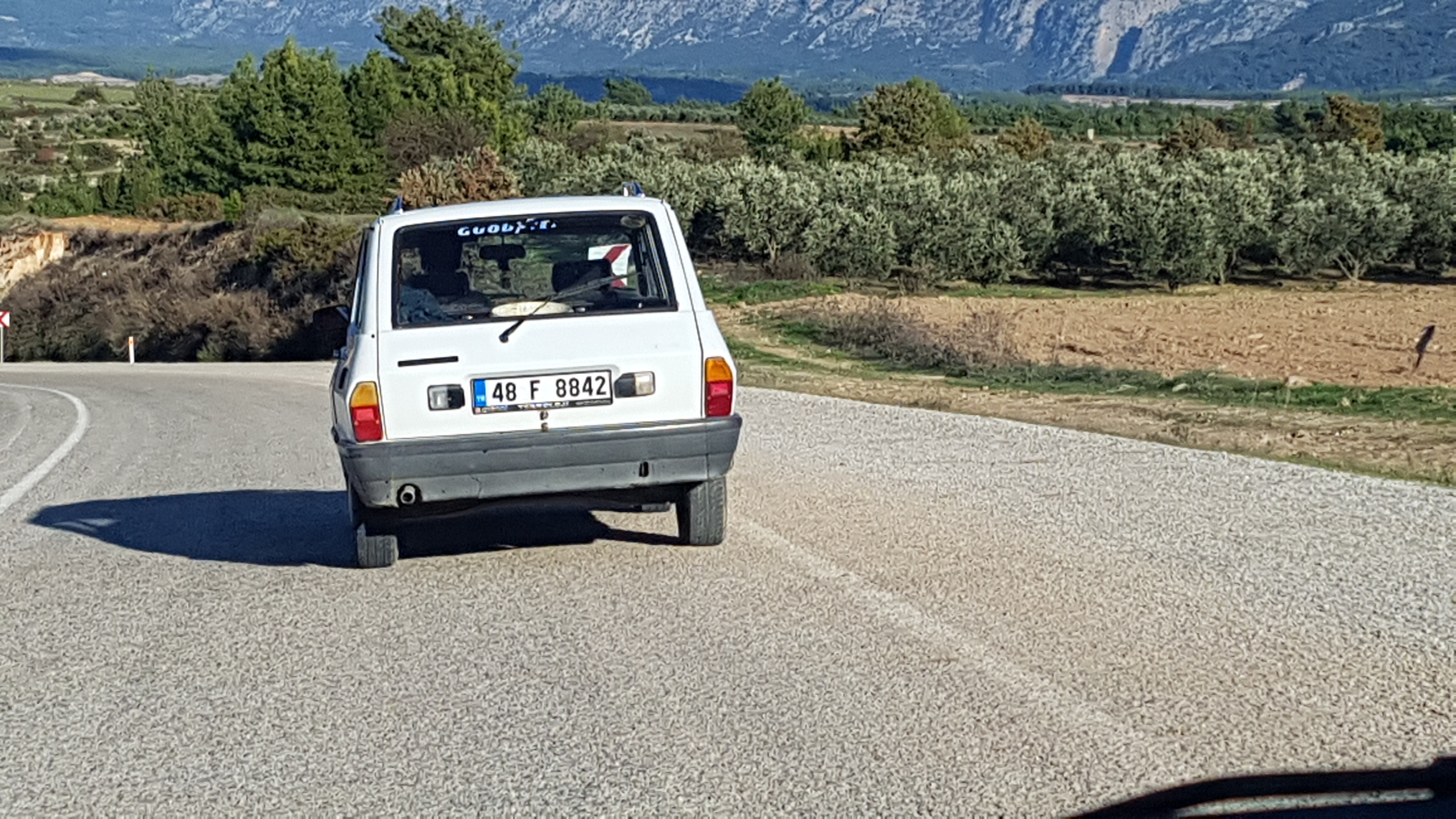 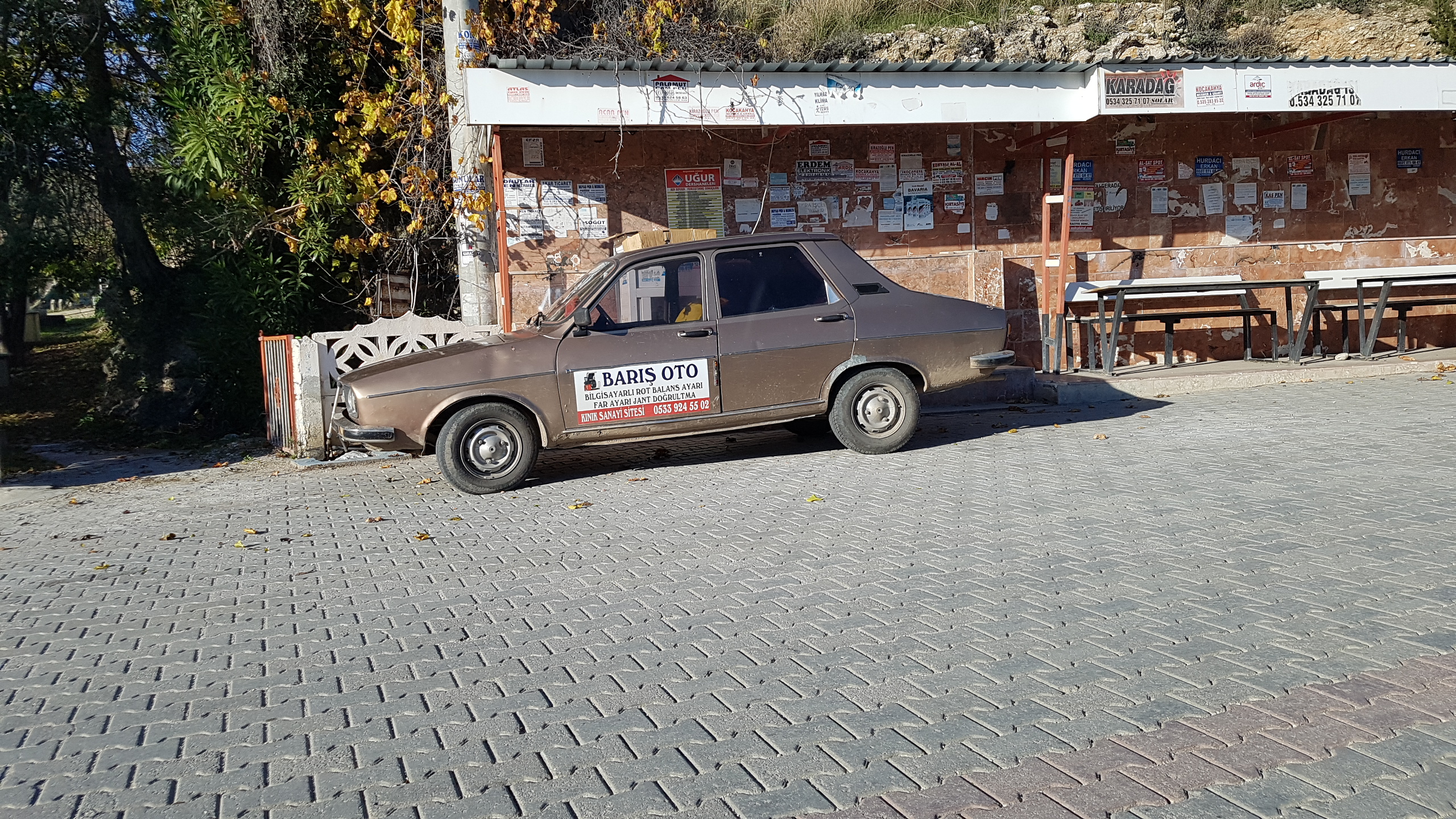 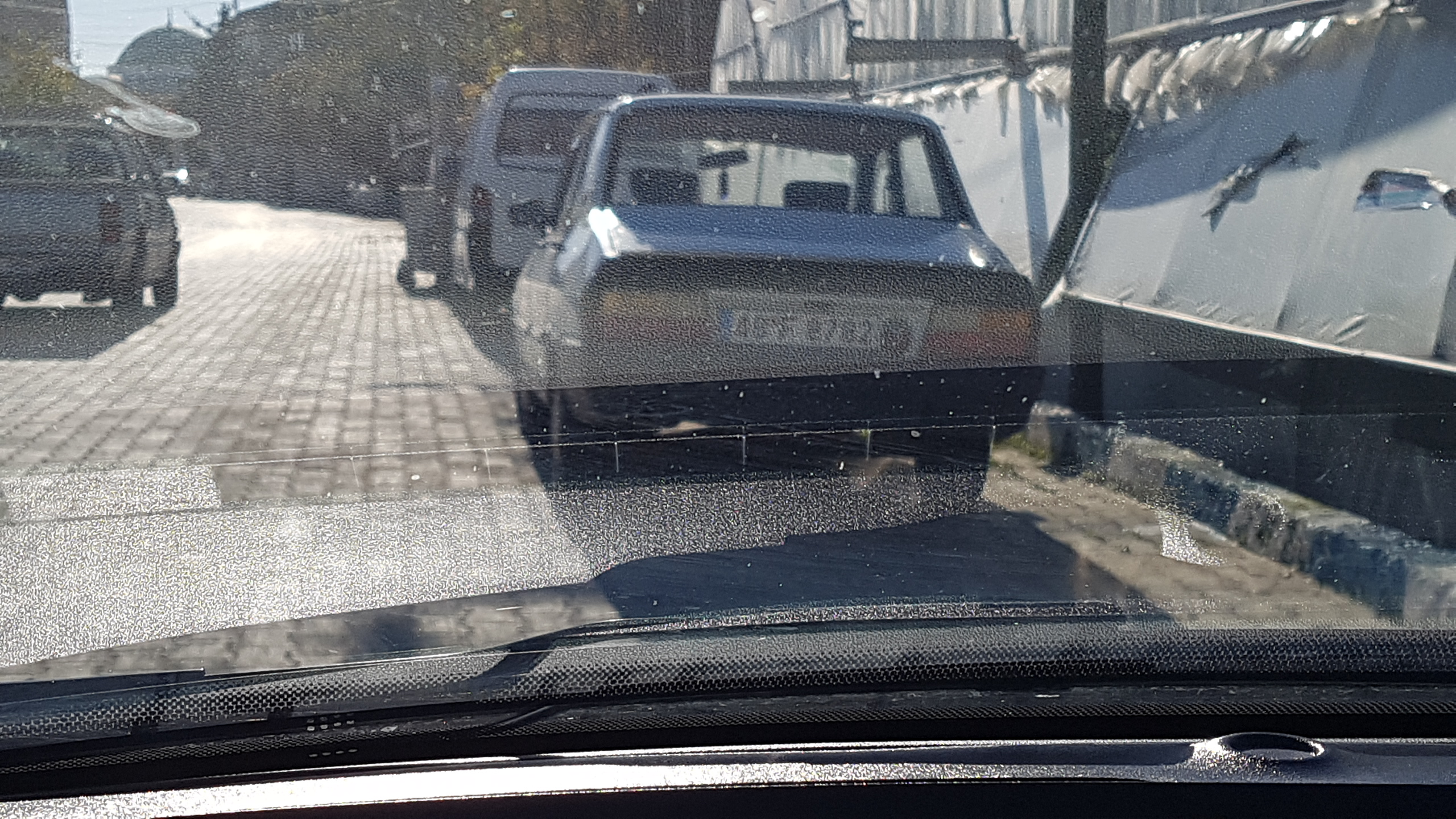 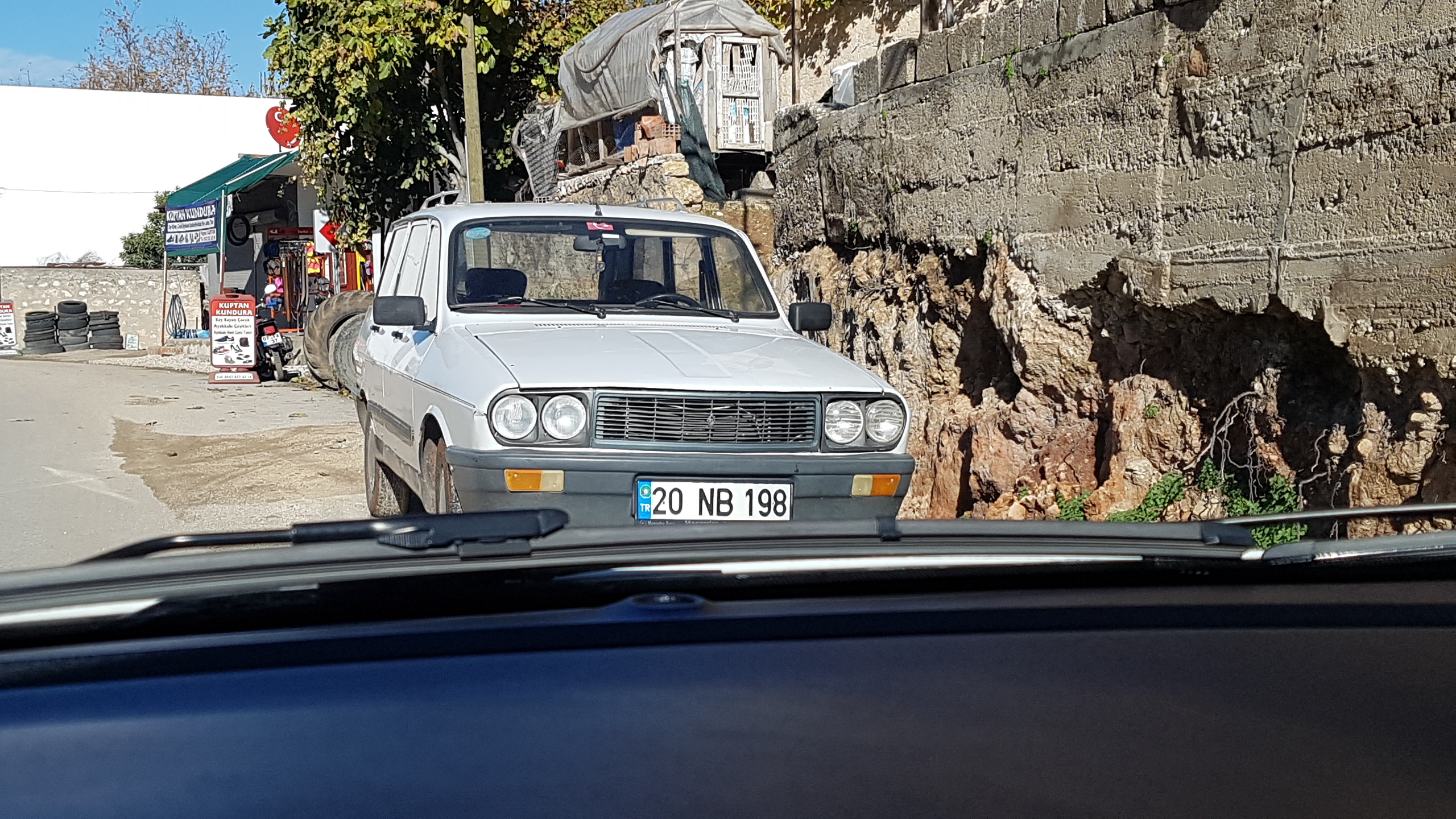 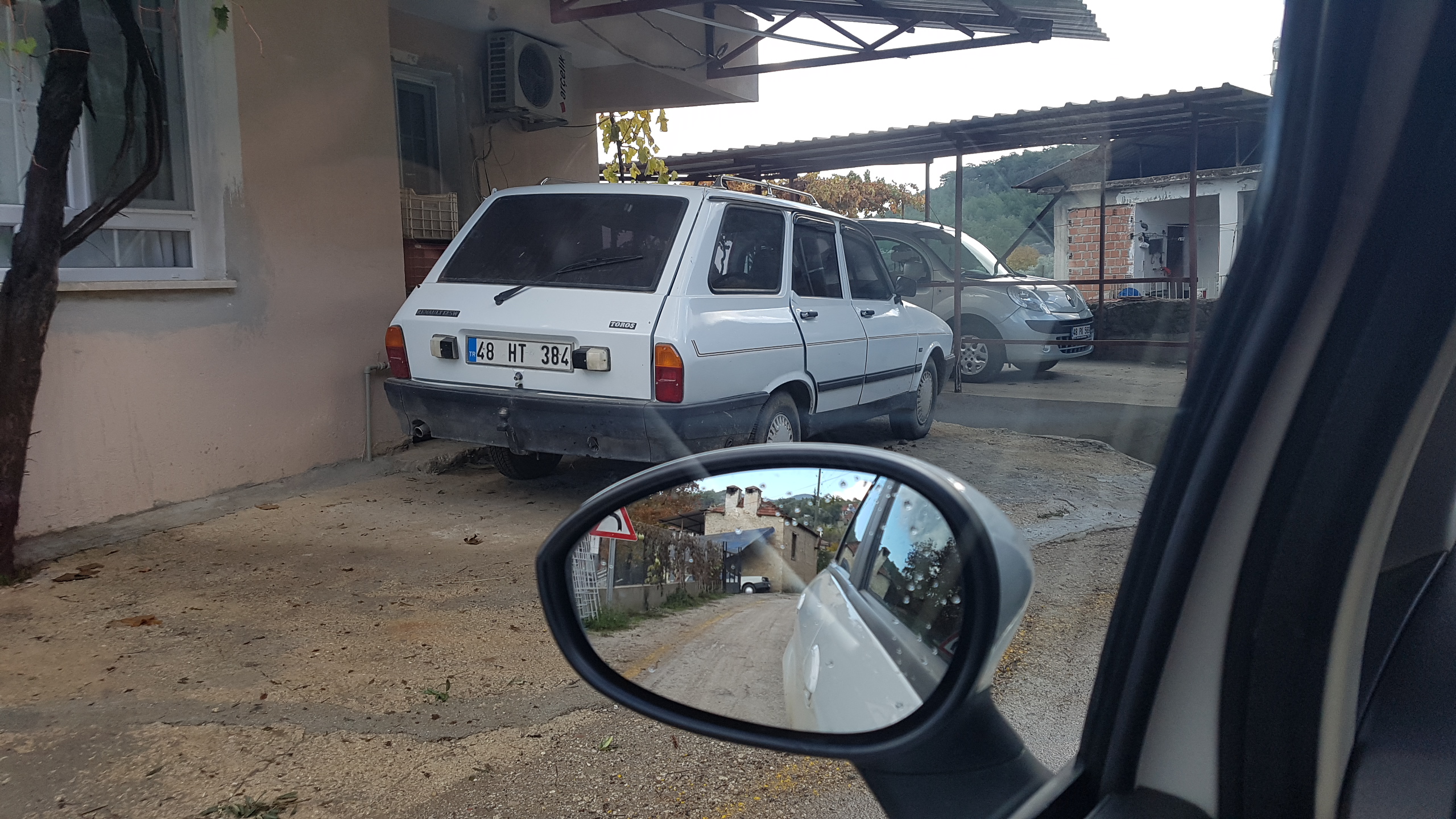 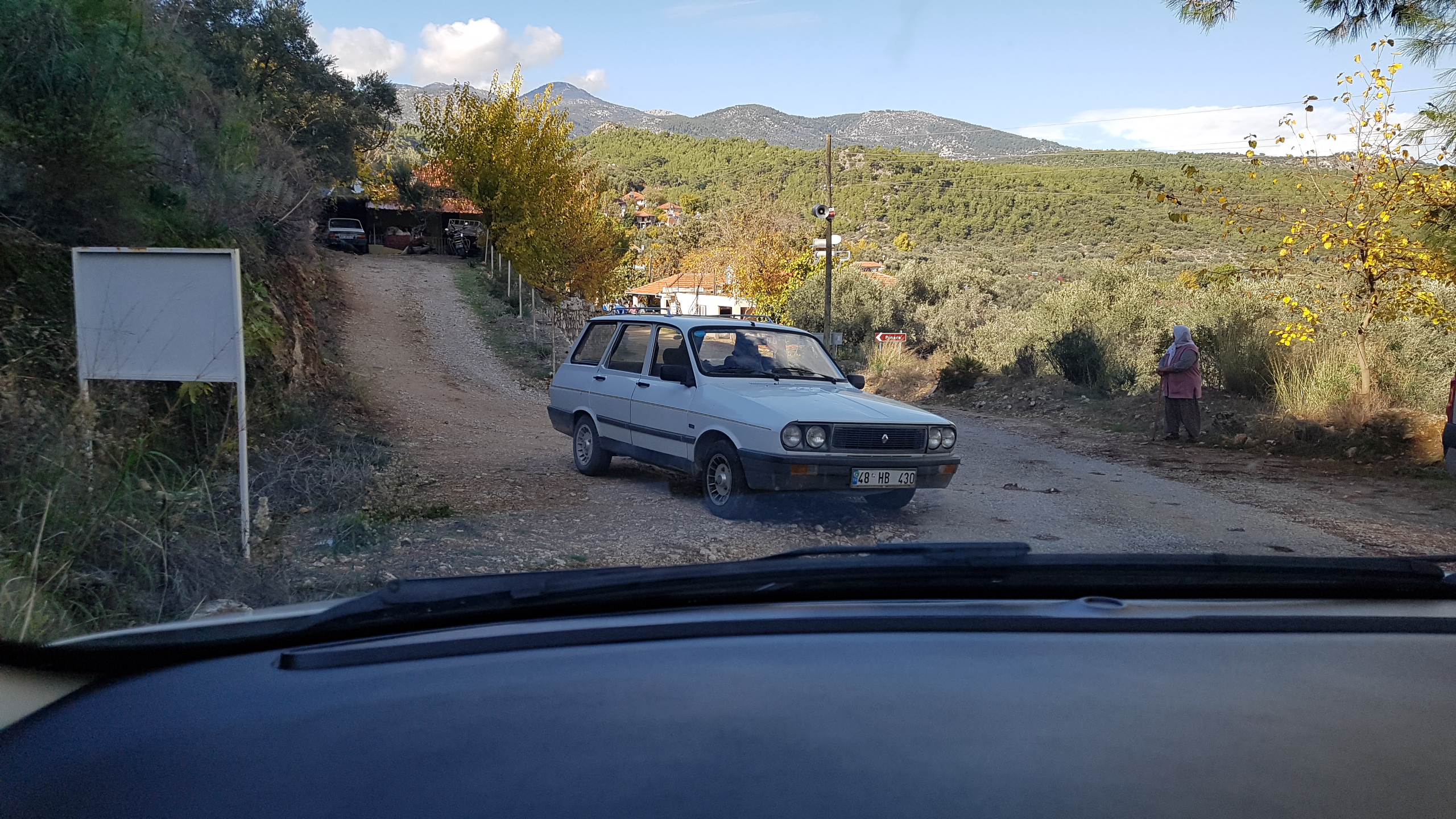 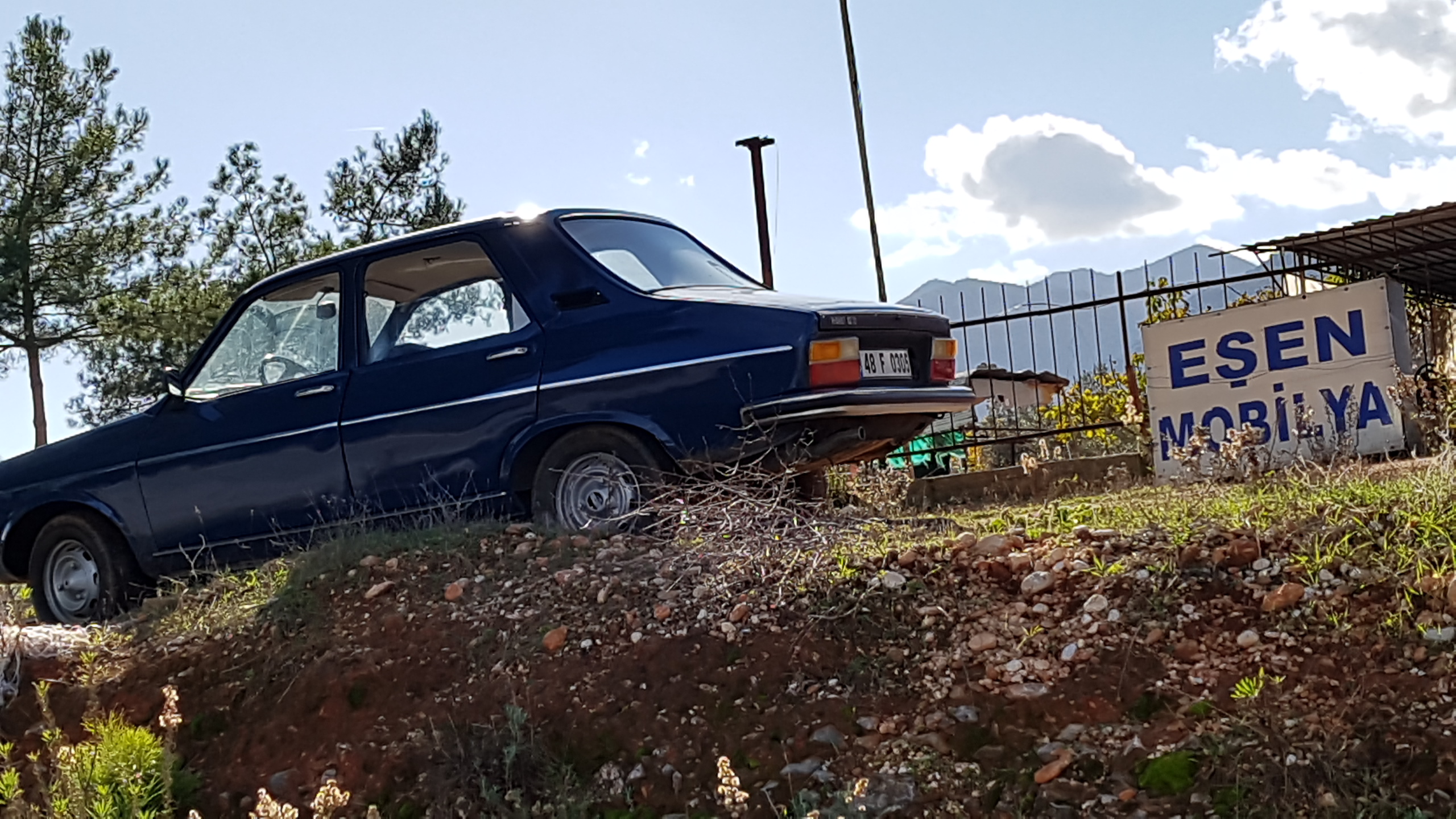 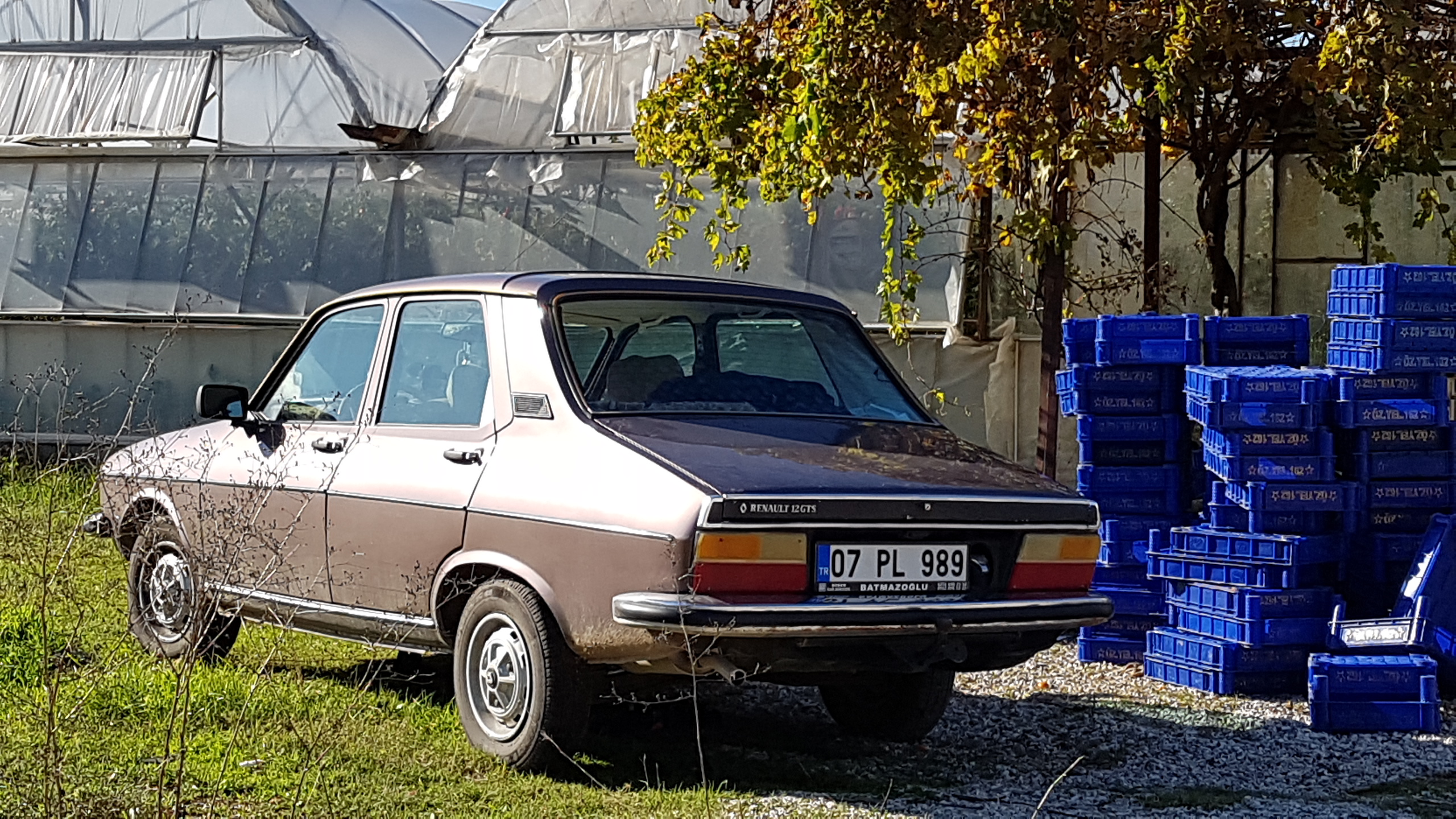 And, mind you, this is not counting, at least, the same number which I couldn’t take photos of because I was going too fast, I was overtaking at the time, to do so required a death stop or u-turn in front of a truck, or the target car was hidden by a tractor or a similar large object.

In all, at least another 40 Renault 12s. So 85 Renault 12’s it total – & that’s just those visible. In 30 minutes, on a 20 kilometre stretch of road. Never mind the fact that I had to make a quick escape on numerous occasions when people set their dogs or guns on me because they saw me lurking taking photos of their Renaults, So I missed many opportunities to record and report on yet more Renault 12s. 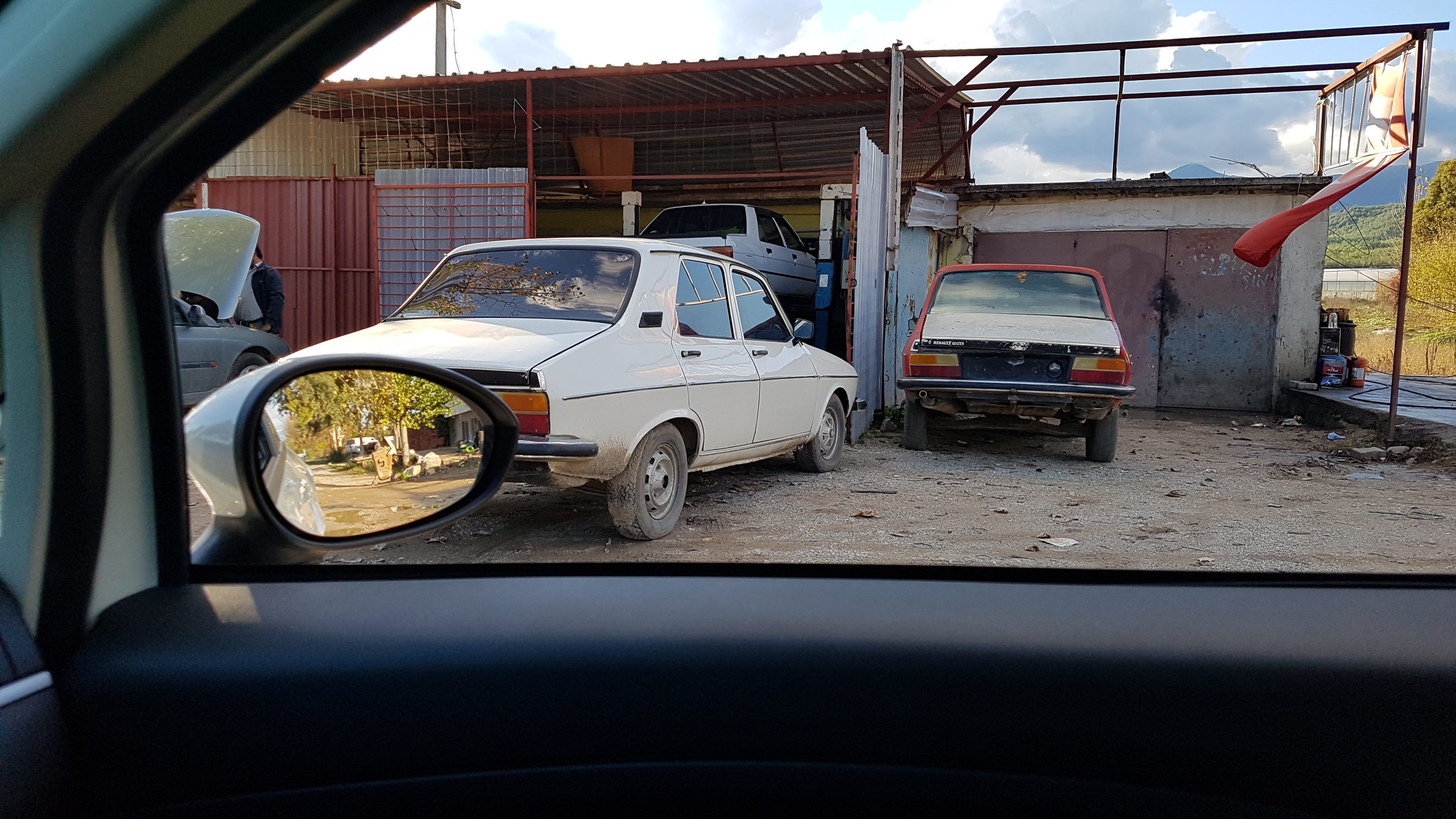 If you work on the same principle as letters to politicians (they estimate for each letter of complaint another 100 people feel the same way) – then for each of those 85 Renault 12’s there are another 100 lurking, loitering and secreting themselves in the bush, on farms, up side streets. Up to no good. That’s 8500 Renault 12’s in 20 kilometres.

Extrapolate if you will. Let’s say in the 60 kilometres surrounding Fethiye there are 1000 kms of roads. That’s 425,000 Renault 12’s just within 60 kilometres of Fethiye. Never mind the rest of Turkey. Presumably all because one old bugger bought a Renault 12 around 1980 and it didn’t break down. So his brother bought one. And then 3 for the kids. And then the neighbours got in on the act. Eventually the entire town had Renault 12s. Like some sort of virus. Sheeplike impulses are strong, clearly. 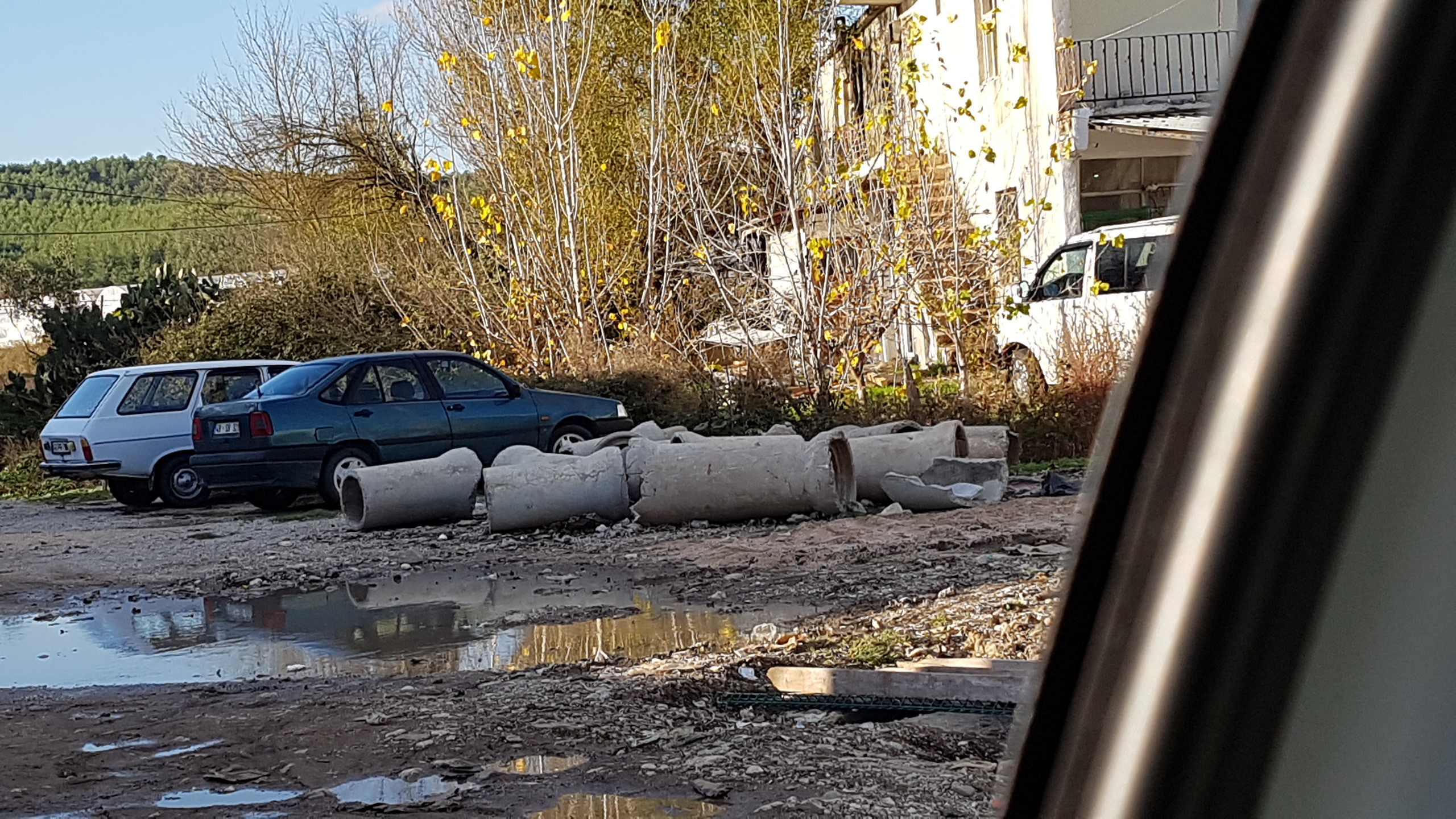 Now we are not talking the odd dozen here, or even hundreds but thousands of cars. In fact pretty much, I reckon every Renault 12 ever produced is living quietly up some side lane in Anatolia. Or even more – perhaps there are also Renaults from some parallel French universe. They are scattered along every conceivable road for miles around, on every farm, driving along every freeway at 60 kms per hour. Not singly, but often in clusters like some sort of car cancer. In one case four in row parked, together, on the main road into Fethiye.

It’s some sort of febrile madness that has led Fethiyans to lust after a car that only French people and francophiles could love. The French made 2.8 million of the little buggers and about 2.79 million apparently exist in some sort of time warp near Fethiye.

These 27, plus, year old cars are not dying a quiet death curled up in some corner of a foreign field. No, they have been turned to every conceivable use. People transporters, farm cars, beasts of burden, jazzed up hipster machines. You name it. It’s here. In Fethiye. I kid you not.