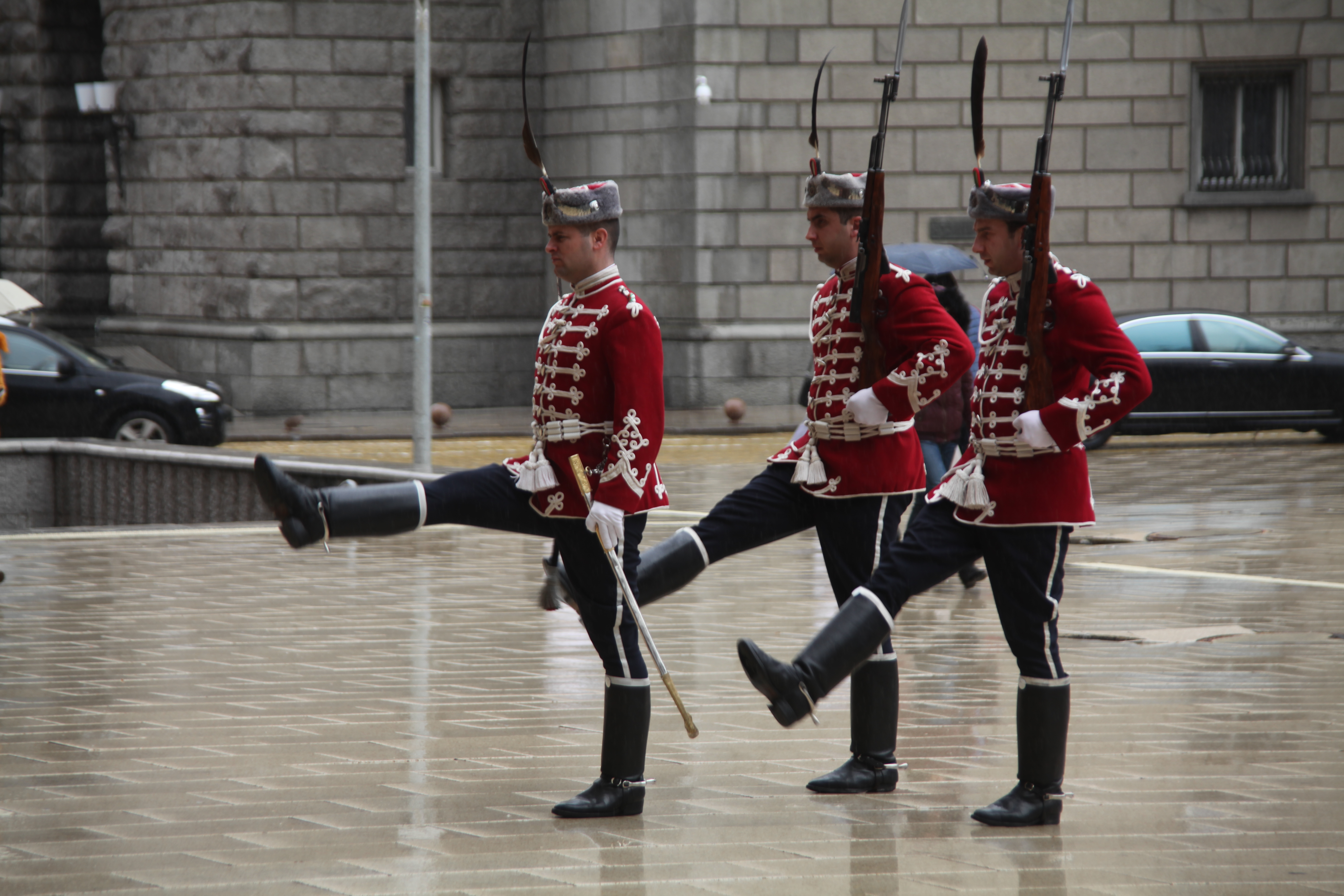 The train which we boarded in Istanbul stops at the Turkey/Bulgaria border – and, refusing to be outdone by the Australian rail system, this train is old and slow and leaves from some part of Istanbul far from civilisation – a 45 minute bus ride from central Istanbul – what Australians would call woop woop.

The station which is not a station (Sirkeki)

The train, itself, is some form of exercise in Turkish logic. My carriage is numbered 483 even though the train contains just four carriages. One assumes this is designed to confuse foolish yabangee (foreigners) since, no doubt, Turks understand this logic.

The border is where modern nationalistic, autocratic Turkey meets the remnants of the centralised monolithic communist state and its obsession with bureaucracy and control. Never let it be said that the era of easy globalised travel has reached the Turkish, east European and Balkan borders.

Here, the obsessive nationalism, paranoia and xenophobia of some or all of these countries conspires with an antiquated infrastructure, and a disregard for the modern desire for speed, to ensure that no traveller shall go unpunished for daring to cross the border.

Pulling into Kapikule on the Turkish border we are first disembarked at 2.30 am. All of the 30 odd people on the train to Sofia are woken and de-trained in the dead of night. There is no purpose to this that could not be achieved by a single immigration officer boarding the train and politely requesting passports and ID cards so that they can be checked against the database to ensure that we haven’t just fled from Daesh controlled Syria.

Having evicted the passengers from the depth of their sleep and the warmth of their beds, those passengers arrive on the platform only to find that there is nothing that resembles officialdom, anywhere within rifle shot, and no sign of a passport office.

Eventually we discover that they have hidden the passport office on the other platform cunningly hidden by the train. On discovering this we all head, sheep-like, for the crossing over the rail lines where, we have noted, various railway staff and security personnel are crossing.

They shall not pass. Turkish and Bulgarian customs posts

But, no, this is not acceptable since there may be a train passing this way sometime between now and Christmas. A phalanx (well 3, at least) of Turkish security/police shouting “you shall not pass” and waving their AK47s, ALRs or Uzis blocks our way.

So, we are forced to march 100 metres east, through a tunnel with harsh, flashing, white lights which would, undoubtedly, have sent survivors of the Gulag Archipelago into a frenzy and then 100 metres back to the passport office which is, as the crow flies, a mere ten metres across the lines and platform from the train.

Here we queue as the indolent passport officer scrutinises us at his leisure, while his colleague, standing next to him, is, presumably, taking his annual leave. Very slowly, arguably to avoid RSI, he checks each person off against a list of passengers after which we are allowed to return to the train.

Should any of the passengers marked as being on board the train not appear at the passport control the train shall not leave. In their wisdom, however, this turns out not to be a problem, since our train sits at the station for a further 90 minutes while the Turkish locomotive which, clearly, does not have a visa for Bulgaria is changed for a Bulgarian locomotive.

This gives Turkish immigration plenty of time to search the train for errant passengers. In the process they wake us twice, for light entertainment, presumably to check that no passenger has transmogrified into a refugee or alien from space or smuggled a refugee on board while the train was standing at the station.

In addition, to ensure that no one actually has the presumption to try and sleep, the locomotive changing exercise takes the full 90 minutes and involves, apparently, smashing the new engine into the carriages repeatedly. The purpose of that ritual is unknown unless it is some form of crash test using live passengers as dummies. As it is the entire trainload of passengers suffers a form of horizontal whiplash with their heads being violently catapulted side to side.

The end result is that what could have been a pleasant nights sleep is turned into the sleep equivalent of coitus interruptus. What is, theoretically, pleasurable is interrupted to ensure that Turkey does not lose anyone which it wishes to protect in its internment centres and that Bulgaria is not impregnated by the arrival of unwelcome guests.

The detritus of the Communist era. Decaying building and half finished buildings everywhere

Arrival into Sofia is at 8.30, an hour later than scheduled. Mussolini clearly never visited Bulgaria. Here we are disgorged into a railway station that appears to be a practice run for building Bangkok which, as any person who has visited Thailand knows, is the world leader in ugly concrete structures.

To ensure that every passenger knows that they are in an ex-Soviet satellite state the front entrance to the station is adorned with a large-ugly-concrete-something that apparently served to use up the left over truck load of concrete when they had finished the station.

Bulgaria can’t quite decide whether it is Sovexit or Eurentry. The result being a sort of schizophrenic society which retains large slabs of the former Soviet society, culture and architecture, like a brutalised lover that can’t quite bear to throw out the photo of their tormentor.

The Soviet Union is a bit like someone s/he didn’t really love or even, really, like but to whom s/he has a type of sentimental love/hate relationship. On the other hand s/he doubts the bona-fides of the EU, the new flash lover who promised much but has so far delivered far less than the marriage vows described.

This is reflected in the visual and economic aspects of Bulgaria and, even Sofia. Rural Bulgaria is old agricultural Europe. Depopulated with abandoned houses everywhere as people have fled to “better” lives in the cities. Then as you approach Sofia you move into the old Soviet Union. Abandoned factories and warehouses and, everywhere, piles of litter, building waste, industrial poisons, the detritus of a society that cared/cares little or nothing for the environment.

Then, finally, there is central Sofia a pleasant, small modern city strewn with the monumentalism of the Soviet Union and the religious fervour of a part Catholic and part orthodox Christianity.

In this context symbolism is everything and the bigger the better. From the massive Orthodox Cathedrals, the latter with more gold on the roof than that hoarded by every Indian on the planet. For the environmental and social destruction wrought by its obsession with gold and gold leaf, the churches should be doing penance until the second coming.

When it’s not the churches hoarding the wealth of society in its land and buildings it’s the grandiose neo-fascist symbolism of the ex-Soviet Union and its satellites celebrating the theft of millions of lives in their monuments to their so-called communism. That communist society was more akin to modern day neo-liberal capitalism, in other words more a controlled klepocracy than anything resembling socialism.

If, however, you ignore the religious and political follies that created these various buildings they are undoubtedly fine specimens of their type. The Russian Church, the St George Rotunda, and the Cathedrals of Sofia are all worth a visit if you are passing through, as is the Russian memorial, the Presidents Building and the ex-Communist Party headquarters. At the President’s Building if you arrive just before the hour you can enjoy a remnant of the Soviet era in the spectacle of the goose-step driven changing of the guard.

Always hard to leave your authoritarian past behind. The changing of the guard at the President building

The nadir of this obsession with big and grand can be found at the Eagle Bridge which though by no means the largest symbol of stalinist excess is a suitable folly. This fine bridge adorned by four magnificent eagles spans a concrete drain containing a rivulet. This rivulet contains about as much water as the Darling River, in Australia.

For those unaware the magnificent Darling River, below Cubbie Station has been largely drained to within an inch of its life.

Monumentalism everywhere both ancient and modern, including the famous Eagle bridge and the river (ditch) it runs over)

Cubbie is a cotton farm in Queensland which has been allowed by Government to pretty much destroy the Darling River by extracting so much water, along with some other culprits, that the second longest river in Australia is now an empty ditch. Cubbie, extracts billions of litres of water to be wasted on a cotton crop. It’s a typical Australian plan. Take one of the world’s iconic rivers on the world’s driest continent and suck it dry for a crop that would be better grown almost anywhere else in the world.

Nevertheless, despite being burdened with a large quantity of cynicism, I found Sofia, a pleasant city to visit. Most of the major attractions within the city centre boundary can be walked around in a day and the city is clean, open, populated with numerous gardens, has a good public transport system if you don’t feel like walking and is stacked with interesting buildings, if that’s your thing. It does have its idiosyncrasies among which are the paving of streets and public areas with large quantities of yellow pavers.

These pavers not only are a distinct vomit yellow but are specially designed to ensure that, should it be wet, no visitor to Sofia shall walk the city without sliding and falling on them at least a couple of times. This presumably is an economy building exercise since injured tourists, unable to walk, stay longer and spend more money. While I didn’t witness the large number of rear end collisions that presumably occur when cars try and brake in the wet, these accidents, one assumes, these also add to the GDP in much the same way as wars and earthquakes.

Ai am the Wei and the truth and the life -inside Ai Weiwei’s Istanbul exhibition.