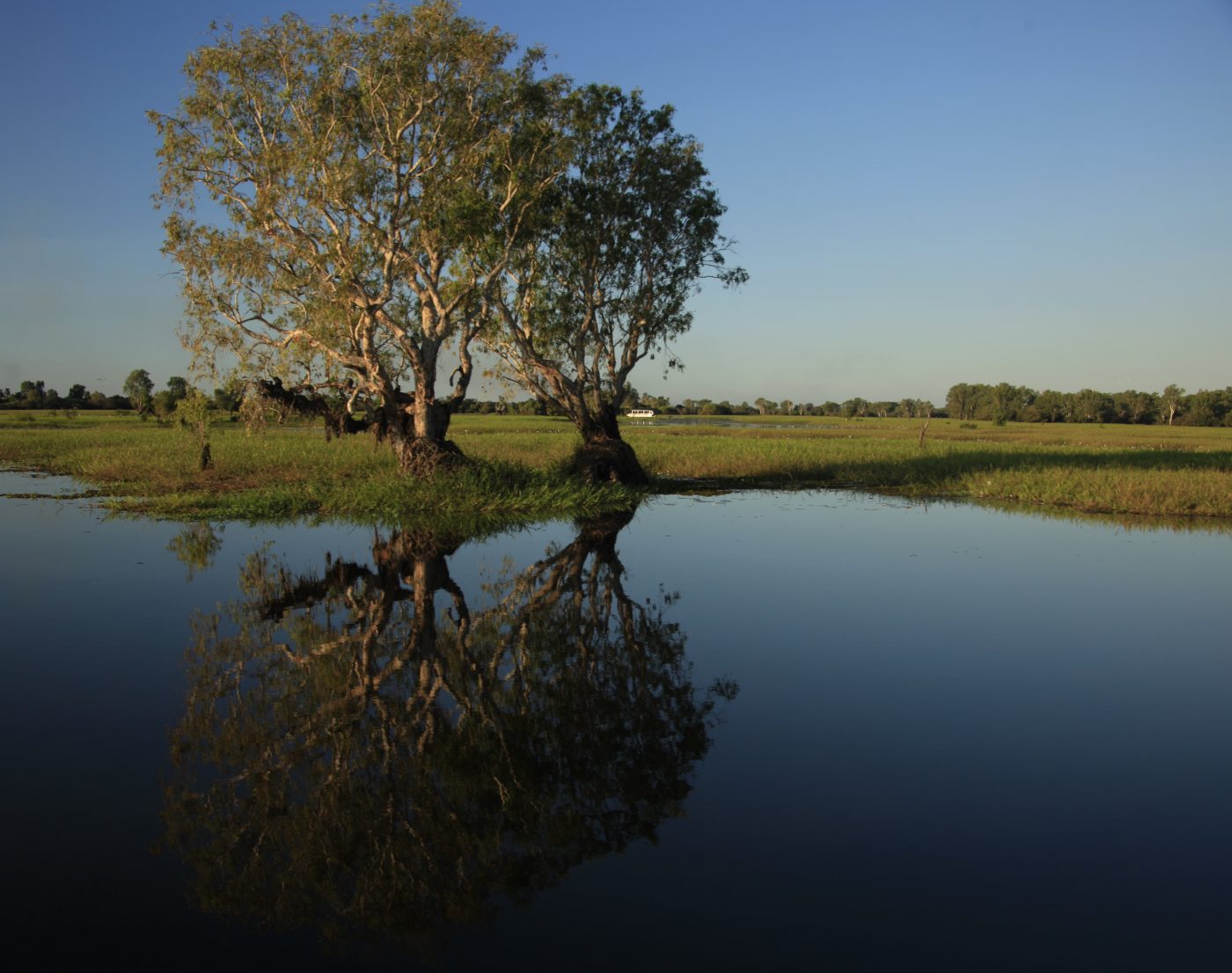 And Thus Spake God to Scott

As the false security of sleep creeps forward
Your ethereal body approaches
Moving close on the mists of my dream
You smile, gently, secretly

About this poem: This was written during a trip to Lake Timk. I had a disturbed nights sleep and during the night dreamt about a recent lover.

Where the pain produces a pearl
So it is with love, laughter, pain
We hold the pain of sorrow
Of bereavement, of abandonment
The hurt of failed love, fallen hope
Holding them like a kernel in our heart
The kernel of pain brings memory
Of what was and will be again
Shared passion, joy, laughter, love, life
With the pain comes the scarring
Cut deep in each soul
To help us remember the good
To keep us searching for the seed
For new hope, the dawn that never fades
Without pain we are diminished
The compassion, less strong
The hope, less enduring
The pleasure, love, diminished

About this poem: I was reflecting on how no experience is quite as profound unless you have experienced the opposite. Love can beget hate, pleasure is more acute if we have experienced pain. Loss makes one value what has even more. So in this sense we should welcome the uncomfortable (at least to a degree) in order to appreciate what we have.

Traveling your cold waters
A journey much like life
With no turning back
Just one destination
Journey’s end
Accepting all your moods
Like vagaries of life
Smooth placid reaches
Deep black gorges
Thundering rapids
All through the journey
No escaping contact
Swept along relentlessly
Hit, dumped, damaged
At your whim
And when nerve fails
Faced by brute force
Clinging to the side
Avoiding that slip
To doom
Waiting for better times
So to glide serenely
Enjoying the life force
Immersed in beauty
At ease
Watch the myriad turns
Water slides over rock
Swaying Huon fronds
Timeless dark pools
Fearing only fear
Like the life force itself
The pleasures, pains
Events beyond control
Waiting journey’s end
Later or sooner?
We have so little control
One immutable truth
The journey like life itself
Must end soon.

About this poem: I feel this is a rather cliched analogy comparing a river trip with our trip through life. It was written after a trip, accompanied by Peter Robertson, down the Jane River (a tributary of the Franklin River, in Tasmania), in 1983.

Moving through life like a zephyr
Stirring emotions like eddying leaves
Tantalising, impossible to catch
What driving force moves you on
Stepping close disturbs the calm
Altering the balance between us
And then you’ll disappear again
To rise again elsewhere, more distant
So I keep you at arms length
Measuring the safe distance
Feeling the gusts of your presence
The whirling leaves of emotions
I try catching them gently
Movement makes them fall
It’s dangerous to get too close
Winds, strongest in the centre
Like a cyclone, unpredictable
Is there calm in your storm?
Is it possible to know?
The path to safety not clear
All fates are unknown
But one thing we known
All like to walk in the wind
Feeling your cool breath
Not knowing where you go
Only that like the wind
You will change direction
And pass out of each life
You cannot be held
And so no one will not try
Not knowing the damage
You may leave behind
But when you smile
And you turn your gaze
Then the pain is worthwhile
For a brief moment of warmth

About this poem: Written during a tempestuous relationship where the object of my affection was one minute keen and the next very distant – an experience fairly common to many people – something that is highly confusing and which create emotions that change like the wind.

About this poem: This was written on the train across the Balkans. The endless empty factories, the abandoned houses and other buildings made me reflect on the wastelands into which we threaten to turn our earth and the “dying” which will arrive in those times. A dying bought on by hate and greed.

From a distant hill, turtles swim
Landing on the bleeding beach
Life still beats its wounded heart
These greats beasts of hope
Older than the damaged soul
Harbingers of future worlds
On a journey from fear to hope
The battered cross is bent and rusty
But the turtles pay no heed
Their vision of a former world
Devoid of doom and strife and fire
When holy dragons bestrode the sky
And the striped tiger still rode the hills

About this poem: This is an interpretation of a dream which I had repeatedly for around 20 years, up to about 5 years ago. In that dream, which I had several times a year, these giant turtles would swim past as I looked down from the cliff above. I could “hear” in the dream the turtles imagining a world long ago before mass extinctions brought on by climate change.

A continent’s history
Written on your streets
On your buildings
Like scars across the wrists
The knives of dictators
The swords of emperors
Your arteries of concrete
Your rivers of blood
Bandaged, healed
With a flag of blue and gold
Staunched with an idea
An idea of shared humanity
History’s sins, six million dead
Washed by a million refugees

About this poem: This was written after walking through Berlin where I had visited the Bundestag (Parliament), The Berlin Jewish Museum, the remains of the Berlin Wall. All these buildings flew the EU flag. For me it symbolised, somehow the ability of people and communities to transform. In this case from a fascist genocidal state to a leading proponent of a pan European ideal which, for all its faults, still somehow represents an idea of how diverse people can share a peaceful and prosperous future – and in the case of Germany, partially erase the sins of the Holocaust by welcoming more than a million refugees during the 21st century.

About this poem: I spend a lot of my life away from Australia. Thoughts of home and family are aroused mostly by the sights and sounds of Australian trees; Eucalypts, melaleucas, casuarinas. For me, the sound of wind in a casuarina is one of the sounds most evocative of Australia, of nights camped by the beach.

About this poem: This is about all those who have gone from our lives, either through death or through the end of a relationship, friendship or when a change of circumstances separates as, such as through work or life separates two people. In reflecting on those lost from our lives, I think we often look inward and reflect on our own lives and the decisions or actions that led to those separations.

Like the detritus of the soul
Abandoned, weeping
In grey Croatian mountains.

About this poem: Like “The Steel Line” this was written on a train across the Balkans, in this case Croatia. Similarly it reflected the feeling of emptiness created by the wastelands of the ex-Yugoslavia and the sense that the mistakes of past generations continue to be repeated, driven by greed and ignorance.

LAMENT FOR THE LOST
(Ode to the political class/Peter Dutton)

The blood of putrefied corpses
Running deep red upon our soils
Your dread ambition’s deadly end.
Grasping hands reach for power
Tearing live fibres from our being
The camps, your cruel legacy
Where the persecuted lie dying
Abandoned for power’s pursuit
Bloodied hands grasp your razor wire
Death heaped on your hard black heart
The stench of your lies pervades us
Your career’s million stories
Each told by a dead Arab’s corpse

About this poem: This was written after spending time in the Balkans and visiting the genocide museum in Sarajevo, snipers alley in the same city and the fortress above Dubrovnik. Each held a myriad reminders of the wars and genocides that flowed back and forth across these beautiful lands – and across the Middle East – all largely driven by the ambitions of politicians and the hatreds they strive to arouse. Regardless of where we live these hatreds are stoked by individuals such as, in Australia’s case, Scott Morrison and Peter Dutton, and are aimed to divide us and so maintain the grip on power of the elite.

When the great fish no longer swim
The steely blue oceans now empty
The Forests dead, dying grey brown
Speak of a life long ago gone
I swim the white reefs, now lifeless
The shadows of sharks long absent
The presence of the great turtles
Now just memories of the past
You can walk the trails you walked
Where giant eucalypts once lived
Before the climate fires took them
Now just the charred stumps stand
Pointing lifeless to the blue sky
Like accusing fingers of scorn
You can stand on the eastern point
But the leaping whales leap no more
Since acid waters took the krill
Just celluloid memories left
And the bitter tears run freely

About this poem: This reflects my experience diving on some of the world’s great reefs over a period of 35 years and walking in some of the great forest lands; in which places I viewed the destruction wrought by humans.

Every second soul carries its secret
Hidden behind the mask
The smile hides the grimace
Lips forming “I’m fine”
As the soul’s jagged edges rips;
We walk among the half-living.

About this poem: This is about our propensity to be in pain, to be sad, to be angry or bitter but to hide those emotions beneath a false smile and to reject the offers of comfort or help and, in doing so, to consign ourselves to continue to live in pain, to continue to pretend. As a result,  we continue living a half life in a grey world.

You say you serve me every day

But you deny me in every way

You imprison my sons, my daughters
Those who fled the deadly slaughters
Who sought your compassionate decision
But you gave them only endless prison

About this poem: I sometimes reflect on what it takes genuinely evil: a lack of compassion, a deliberate policy to do harm, a lack of care, greed. A desire to cheat, lie and mislead; base corruption. The Morrison Government, in Australia, has all of these in spades. It’s a corrupt kleptocracy that is evil to its bootstraps, a fact it tries to hide behind the faux Christianity of its Hillsong cult.