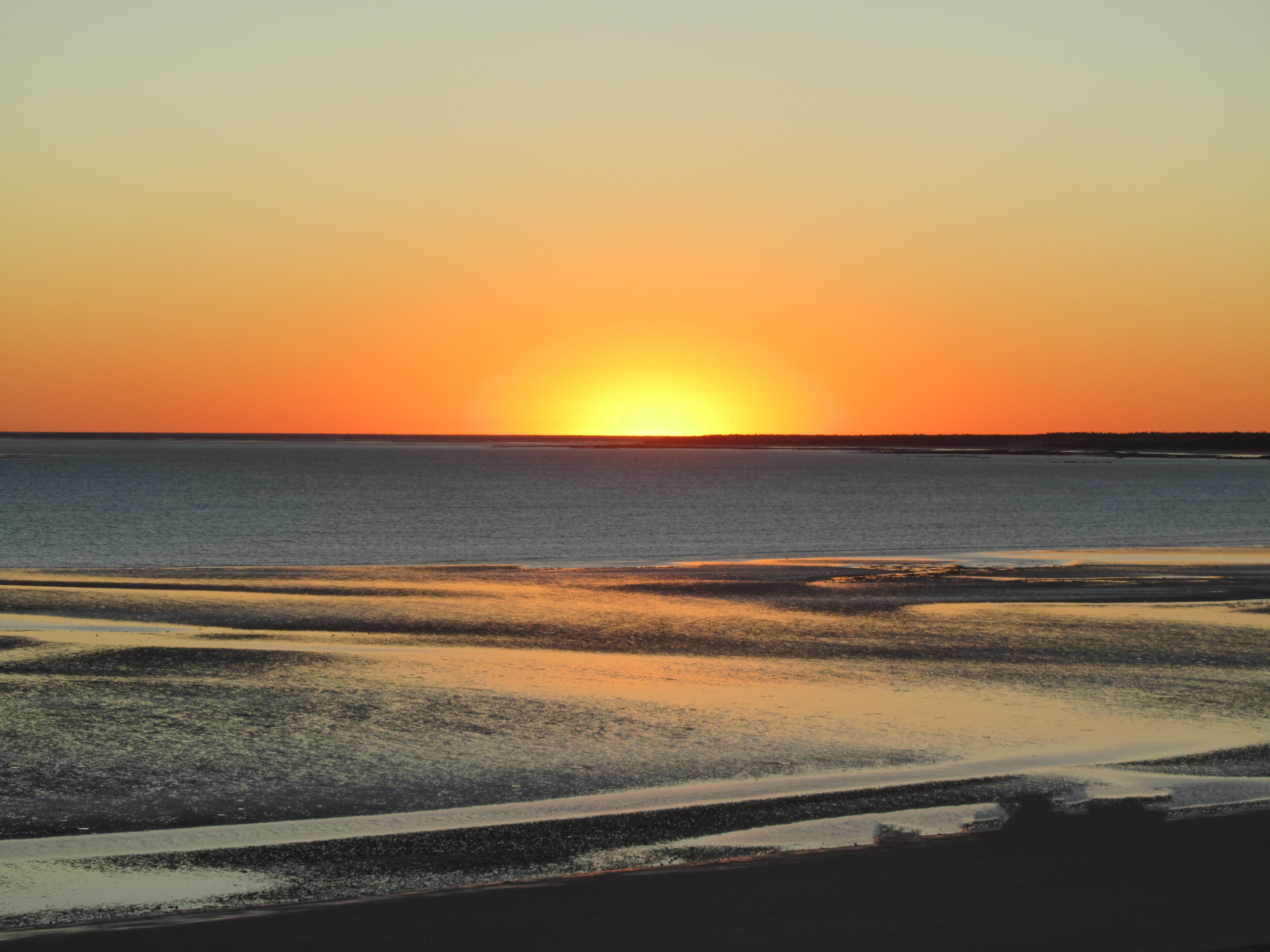 After our brief stay at James Price Point we head north to Cape Leveque. The plan is to take a couple of nights on route to sample the delights of the Dampier Peninsula. More than anything, the Cape is an area both rich with a living Aboriginal society and culture and with one of the most beautiful coastal environments anywhere in Australia.

Soaring red rock cliffs, huge tidal races, endless beaches; it is one of those environments where if you move more than a few metres from the camp you can have solitude and space which is an increasingly rare commodity, especially near the beach.

First stop is Whale Song Café, on Pender Bay. Pender Bay is a Humpback whale nursery and resting area. This hidden gem, with a small café (run by Jacinta) which, among other things makes mango smoothies.

The campground, with only six sites, is a couple of kilometres off the main road. Perched on the cliffs overlooking a spectacular and deserted beach, surrounded by rock pools and sandbars it’s a fantastic spot to while a way a few days. We were fortunate enough to be there at full moon and the light over the waves managed to create a iridescent tableau which can only be experienced and not described.

Add to this the birds, the café and one of the world’s most funky showers and you have one of a holiday’s most special experiences.

It’s at this point in our story that the author will finally admit to some degree of licence with the truth, every previous word having been gospel. However, due to delayed memory recovery with the passing of time, and inadequate note taking, from here on in the story may either be thin on the ground, be invented, or there may be little relationship between the specific anecdote and the actual trip.

En route north we pass and stop into two Aboriginal settlements, Beagle Bay and Lombardina. The Beagle Bay community was established by Trappist monks around 1890 and features the famous Sacred Heart church with an altar made from pearl shells. It also has a shop which sells ice creams which, on a Kimberley trip, register about a 9 on the trip desirability scale (coffee and tea each also being a 9 or 10, depending who is counting).

We don’t stop for long since we need to find a campsite for the night and are, in any case, returning later but we were required to pause for coffee and cake; in the “remote wilds” of the Kimberley no opportunity was to be missed for the rituals of civilisation.

We arrive at Cape Leveque. The area is busy with tourists so we decide to find somewhere nearby to stay. After some poking around, we eventually stumble on Gumbarnam, down a side road a few kilometres short of Cape Leveque. The two main features of Gumbarnam were the fantastic sea-scape, including a fringing reef and a small tidal race between the mainland and adjoining islands, and a wind that made James Price Point feel like a light breeze.

Not understanding that the strong wind we experienced, on arrival, would increase to near hurricane force, we picked a nice spot in the open with a view of the ocean. The rest of the day, after putting up camp, was taken up with visits to the Trochus Shell farm at One Arm Point and to the Cygnet Bay Pearl Farm.

The former is run by the local Bardi people from the Ardyaloon Aboriginal community. A couple of young Aboriginal women, from the community, gave us the full run down on the venture and its success including the re-seeding of the reef with Trochus.

The latter is run by the Brown Family and is Australia’s oldest pearl farm. More importantly, is was the proud owner of an espresso machine and the provider of a passable latte and a good lunch. One Arm Point is named after an unfortunate pearler who had an accident with dynamite whilst attempting to catch fish using explosives in the bay.

Following the success of our exploratory expedition to Cygnet Bay, that tracked down the only good café latte north of Broome, we returned to the Cape for the afternoon for a quick squiz at the rest of the area.

At this point we have no information on what activities Jill and Roger may have engaged in, but Kaylee and I walked on past the lighthouse to the beach the other side where we squatted in one of the beach shelters for lunch and then checked out the luxury camping units at the top of the hill.

Carefully supervising Kaylee due to her light-fingered tendencies to make off with every piece of commercial soap, shampoo, cream etc., ever provided to any accommodation complex, we sneaked into give them a once over and decided that this was the perfect location to come with our rich Beechworth friends, Jenny O’Connor and Michael Bink.

We find, on returning to Gumbarnam for the night, that the wind has decided to see if it can escape the limitation of the Beaufort scale.

It is unlikely that we could actually have been lost to human kind, due to the entire truck being blown out to sea, as a result of the near hurricane force winds. Nevertheless trying to sleep, or rest, in the vehicle was to experience the type of motion that made it seem like the entire Indian nation were engaged in trying out every position in the Kama Sutra simultaneously. A move was in order.

Come late evening we had made a last minute retreat to a more sheltered spot, sans view. This was fortunate for many reasons but none more so that it appeared to reduce the inflow of grit into Roger’s teeth. As it was there was enough whinging about grit that it appeared we had the entire British nation around the fire, as well as sufficient sand supplies to re-build Dresden.

The following morning we de-camp to go to Middle Lagoon, on our way to Cape Leveque. This is yet another gorgeous coastal spot but is fisherperson central (mainly fishermen). Judging by the number of four wheel drives, giant fridges, eskis and generators it’s a veritable fish slaughterhouse.

Here I note, as exhibit A, that there was no interest whatever in his potential intelligence, emotional or otherwise, or his ethics or morals, or even of his potential income generating potential, but only and solely his physical charms and whether this would translate into acceptable child making activity.

It seems that this was a to be a pattern repeated, since my notes indicate that at some unknown point Jill and Kaylee also got excited about a bunch of male diners during a lunch in Broome.

This led to a long discussion about their role in life, given that all of them had biceps, each one of which, had more muscle mass that both Roger or I possessed in our entire bodies. Not being able to decide on whether they were oil rig workers, male prostitutes, gym owners or some other paragon of the male species, I was forced to go and ask, and explain the source of the interest, much to the embarrassment of our female dining companions.

Sadly it seems that Roger and I were and, presumably remain, a very poor second in the muscle and machismo race