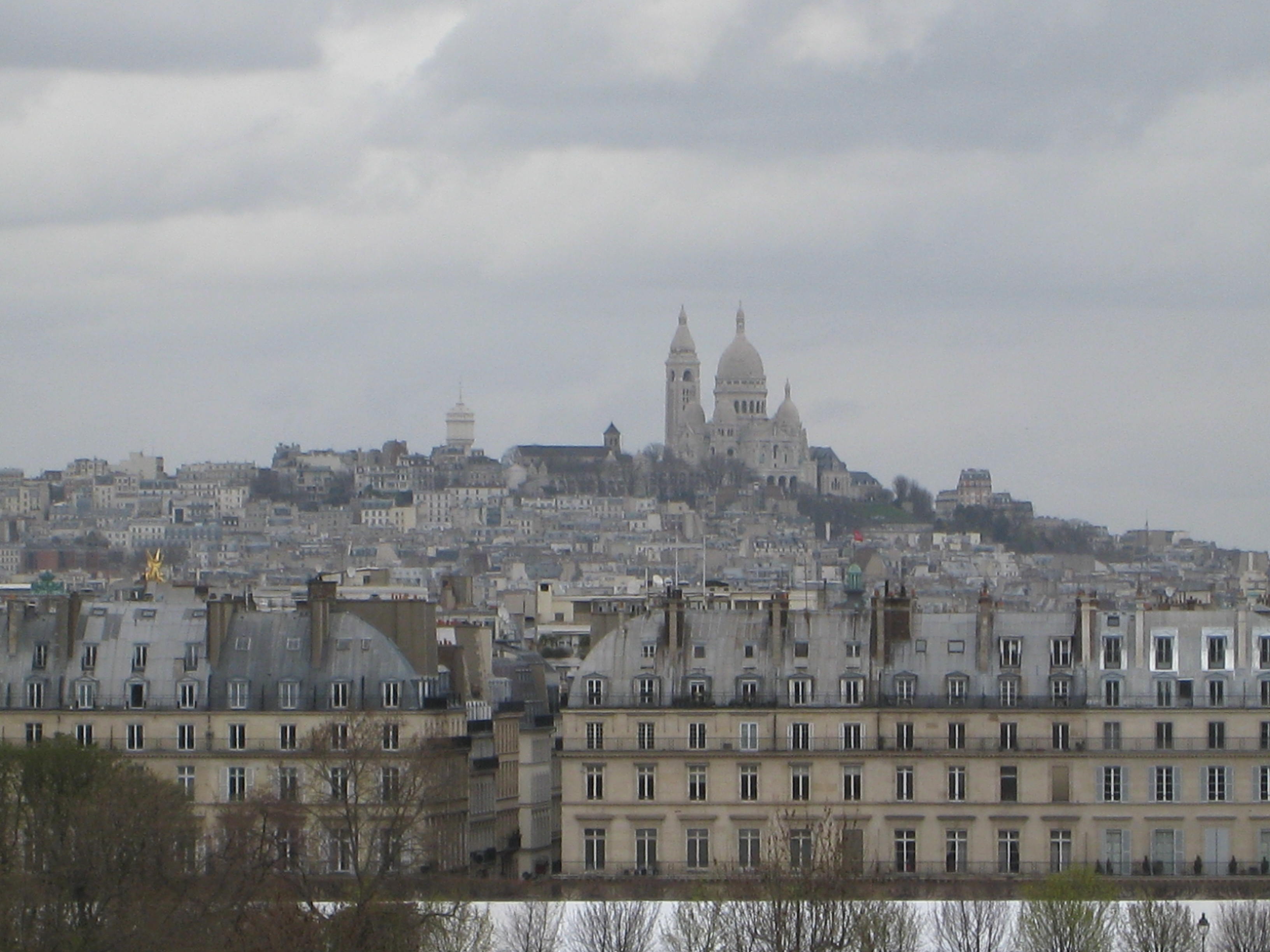 Passing by Paris; Brexit, soccerÂ and other lies

I’m on my way to Sablet for a mixture of a wake and a celebration; a wake, of sorts, for the death of Lincoln Siliakus who died almost a year ago this month â€“ and a celebration of a life well lived. And also a celebration of the opening of a new studio by his lifetime partner, Anne Froger â€“ one in which she will develop dyeing with natural plant dyes.

Regrettably, for those of us in our late 50s and early 60s we have reached the time of life when people we have known most of our lives have started dying or getting ill. I shared many good times with Lincoln, the Franklin campaign, a shared house in Hobart for a year or so (along with Jill Hickie), times lobbying together in Paris, dealing with Gough Whitlam, as ambassador to UNESCO, walking the back lanes of the Cote du Rhone vineries, all washed down with copious quantities of good wine and bread.

Sometimes, too late, we realise that we have missed the opportunity to see those friends again, to reminisce â€“ telling increasingly untrue stories as the night lengthens, and to spend time sharing the things we like to share.

You are borne along in air-conditioned comfort on an almost silent train at 300 plus kilometres an hour and arrive in a railway station where there is nowhere to sit, nowhere decent to eat, no decent signage, a help desk that is closed, and a ticket office where you need to take lunch and dinner with you into the queue in order not to starve before arriving at the ticket counter.

Usually there there is a crowd larger than that found in the average football stadium milling around in the middle of the station obstructing any possibility of moving around the station. Everyone is forced to stand poised like a vulture over there luggage to prevent theft. Â This is,Â primarily, because there is nowhere to sit and even if you can find somewhere to sit it’s almost impossible to know what is going on with train departures without going back to the centre of the station. To get anywhere in the station you need to have a better sidestep than the world’s best rugby winger and more go forward than Smokin’ Joe Frazier.

Currently the situation is exacerbated by the decision to renovate the station at the height of the tourist season thus reducing the available space by about 40 per cent.

It’s almost of as if the French spent years building a railway and forgot that it needed to arrive somewhere. At which point they shrugged and said “..Well it is mainly ‘Les Rosbifs’ (Britons) so who cares. At the other end of the tunnel is Britain’s newly renovated Pancras Station which has seats, shops, cafes, a modicum of space and light. Give credit where due, it may be the only useful thing that the British have done in a 100 years.

I’m staying with an old friend from Greenpeace days, Stephanie Lacomblez who worked for Enercoop in the adjacent office; finding places to stay in Paris is problematic because most people either live by themselves in places no bigger than the average dog box or they share and have no spare rooms. Stephanie’s flatmate is away so I hit the jackpot, this time.

It’s just a couple of stops from Gare du Nord, where the Eurostar arrives, to Stalingrad (no not that one), where I shall pick up the key to Stephanie’s flat from Jon Sofier, who works for Enercoop. Jon is an UK expat who has lived in France for more than 15 years, speaks fluent French but somehow remains convincingly British in style, demeanour, if not attitudes. Somehow he is the exemplar of those you might say â€œyou can take him out of Britain but you can’t take….â€

I am abandoned in the Enercoop office while Jon goes to pick up his new girlfriend. Enercoop is the new face of France â€“ a company selling 100% renewable energy to French businesses and households. The Paris office has around 60 staff, up from only 7 years ago. That according to my somewhat useless maths is a 1200% growth in that time.

Seven years ago nuclear was still an article of faith in France, now increasingly it is seen as yesterday’s energy. Too expensive (the new plants are years late and billions over budget and, if they were to sell their energy unsubsidised it’s doubtful they would sell any), too unreliable (the majority of plants are 30 years old or more) and reliant for cooling on water than is frequently not available. At one stage in 2008 around fifty per cent of the entire nuclear fleet was offline for this reason.

It’s my first night in Paris in several years and we head off for drinks and dinner. It is only a matter of weeks since the bombing of the Bataclan, Le Petit Cambodge, Le Carillon and the Belle Equipe, among other places. Despite this, at least superficially, the city appears little changed with crowds of people sitting outside every tiny bar, little sign of security except near police stations and railway stations and, even then, it’s spasmodic. Stephanie patronises La Belle Equipe and it is sobering to think that that it is only luck that prevents people you know being caught up in these events.

Beyond that Paris seems a little poorer, more frayed around the edges, dirtier with more homeless people and bigger groups of apparently indigent people standing around on street corners, even in the areas I know well.

The tiny bar we go into, just 200 metres from La Belle Equipe, another of the bars bombed on the night of November 13, is full of Parisians having a Friday night out and a group of English soccer supporters politely and pleasantly enjoying an evening in the ambiance of a typical French wine bar. The night descends into a mixture of repartee, insults and the sort of amicable European fraternity that the average Brexiter seems not to understand.

On my way back from dinner, I pass a local bar and, glancing at the TV, note that England are losing 2-1 to Iceland. The bar being far from the throngs of football tourists is only half full but, nevertheless, I discover that there are people from Ireland, France, Australia and Spain in the bar. All are busily barracking for the Icelanders. I feel this is too good an opportunity to be missed particularly in the light of Australia having just lost two rugby tests to the perfidious English (or Perfide Albion, as an ex-colleague insisted on calling them â€“ Albion being an ancient name for the UK).

One of the immutable iron-laws of sport and almost anything else is that if England are playing any nation at any sport, you may have 160 nationalities in the bar including some English people and 159 of those nationalities will be supporting England’s opponents. I recounted, for the English soccer fans, earlier in the evening, the tale of being in a Paris bar where we counted around 20 nationalities and only one was supporting England. He was English â€“ and even he wasn’t certain he wasn’t making a mistake.

This rule is written in stone because of 200 years of British imperialism and the irredeemable English arrogance that went with it, as reinforced, recently, by a correspondent of mine on Facebook. This correspondent noted that with Brexit, Britain would get the chance to be â€œgreat againâ€ as they were during 1000 years of empire. He was unpleased when I noted that (a) the British Empire endured for around 100 years not 1000 (b) It did not make Britain great but, rather, a scandalous example of exploitation, racism and genocide, (c) So far as I was aware the year was 2016 not 1816; and (d) the Great in Great Britain did not refer to any sense of virtue but merely to a Great Britain which included Wales, Scotland and Northern Ireland rather than a diminished Britain without those parts.

On this particular occasion, leaving aside, the natural support for Iceland as underdog and the fact that the entire Icelandic footballing budget including travel and wages was approximately equal to the cost of one of Wayne Rooney’s boots, this was a matter of a few days after the disastrous and, to most Europeans, entirely bemusing Brexit decision. As several of the people in the bar noted, if nothing else, it was an appropriate revenge for Brexit.

This is Part 5 of the blog series “97 Days Adrift in Europe”. Links to other episodes and related content can be found below: