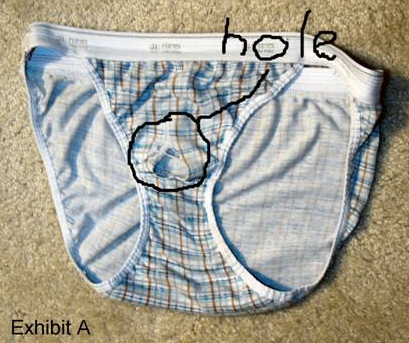 Back to France. This involves traveling and, despite having spent my entire life seeking to ensure the planet runs out of jet fuel, petrol/diesel and whatever they power trains with – thus giving me unrivalled travel experience ….my traveling system guarantees that no peaceful day shall pass untroubled.

I have a travel system designed to ensure that no day shall be free of stress for either myself or others.

The process is, first, to ensure that you have as many places as possible in which you can put any item of value. This includes of course, your main bag with 4 pockets, your day pack with 7 pockets, trousers, shirt, jacket with, together a minimum of 8 pockets. Essentially, however, this total, with only 19 places in which to put any one item is a poor effort. For maximum effect you should have a minimum of 30 possible places in which to place any item of value.

Next, ensure that, at all times, no item of value, such as passport, tickets, wallet, credit cards, train passes, is ever placed in the same place more than once. In this way it’s possible to guarantee not only the maximum possible delay in finding anything but, with good planning, sufficient stress to ensure that any beneficial effects of a holiday are nullified.

Effective pre-planning, such as sitting around in cafes posting nonsense to Facebook, means that starting to locate ones ticket and/or passport only takes places seconds before the train/plane/bus departs. This should occur, preferably, in the middle of a public thoroughfare through which hundreds of people are passing each minute. The ensuing frantic search requires one to empty out onto the ground every item of clothing, clean or dirty, books, electrical cables, cameras, computers, phones, half eaten bananas and anything else inhabiting the nether regions of ones luggage.

Ideally the most important and valuable items should be strewn the furthest away from ones gaze and within easy reach of the passing pickpockets and other unsavoury denizens of the Gare du Nord, Gare de Lyon or wherever else one happens to be. This further increases the stress level as you seek to rummage with one hand and eye while guarding your laptop and phone with the other eye and hand. As the proximity of departure increases, the intensity of search exponentially increases. By now one has ones head in the bag, convinced that somewhere in that empty bag is a black hole that has eaten the required ticket.

By this time you have broken into a lather of sweat such that every passing person is also stressed. They assume that you are (a) either the male equivalent of the proverbial bag-lady who, for some unknown reason has decided to camp in the middle of the the busiest part of one of Paris’s busiest stations or (b) you are searching for the detonator on your suicide vest which you have misplaced. This latter thought, fortunately, has the effect of finally scaring off theÂ lurking thieves who are eagerly waiting for you to remove your good eye from your laptop.

If favoured by fortune, one usually finds the missing ticket/passport on the third search of the first pocket, in which you boy-looked, giving you just sufficient time to jam everything randomly back into your bags and board the train. A victory of sorts since you have neither lost any item of value, nor have you forfeited your ticket. You are now, however, confined to standing in the corridor, since the lather of sweat into which you have worked yourself makes you smell as if you have run a couple of marathons over two days without taking a shower giving you the choice of either isolating yourself in the corridor or enduring 3 hours of people trying to edge away from you as they whisper to their companions about the unfortunate situation in which they find themselves.

With good judgement, and some luck, one can repeat this scenario on an almost daily basis with some important item of luggage or other item; for example, standing outside yourÂ AirBnB at 1 am, in the rain, wondering in which of several shops, bars, museums, cafes etc you left your keys.

You, realise, just momentarily before you get hypothermia, that the unpleasant itching in your groin is not some STI (which you can’t workout how you got, since the only intimate relationship you have had in weeks is with your mobile phone), but your keys. These have managed to drop through the shirt pocket, in which you never put anything because you know that pocket has a hole, and have worked their way down inside your shirt and into your elastic-less 12 year old jocks which your partner has been trying to persuade you to throw out for the last ten years.

There are several versions of the “where did I put it” panic, all equally effective for creating stress and annoyance for others.

This scenario: You drive, with the instant Gallic fervour which only comes with being in France, down the auto-route and approach the toll payment point. Pulling up you instantly realise that none of the wallet, credit card, or the ticket you got when you entered to toll road, are in the place in which you resolved to place them.

You search every possible location in the car as the line of vehicles behind you lengthens and the friendly drivers commence to assist your calm search with prolonged activity on their klaxons. Finally as your stress level rises to ‘take another blood pressure tablet soon’ level, you feel a lump beneath your arse and realise that your wallet, toll route ticket and can of orange juice are all beneath you which largely explains the pain you have been experiencing for some time.

You now go to open the window to pay but realise that, not having had to open the windows of your borrowed car due to it being air conditioned, you have no idea how to do this. The knob for the electronic windows is in precisely none of the places in which you’d expect it to be. Finally then, as you descend into a state of near hysteria, you attempt open the car door so that you can climb out and pay.

Due, however to your skilful judgement in manoeuvring the car within inches of the pay point it’s actually impossible to get out so, summoning up your yoga skills, you twist yourself around the car door and pay, while at the same time realising that the vasectomy you had some years earlier would have been unnecessary had you only performed this payment manoeuvre at that time.

In the event that none of these events are sufficient to ruin your holiday or increase your stress levels enough to require a repatriation under your over-priced insurance policy, you can always try the classic “Let’s borrow my friends brand new car and crash it”. This is a rolled gold guarantee for stress, for most people, of a 9 out of 10, on most scales. Regrettably It’s only a 2, for me, since my holidays are such a long sequence of inconceivable disasters that I have got to the “Ah, well, what the fuck” stage when almost anything happens.

In this particular case I have borrowed Nadine’s brand new Fiat. As I leave, the last words I hear are But don’t damage my new car. No stress then. All is well until I decide to re-fuel. Should I do what most normal people do and leave the petrol station, proceed to the roundabout, and do a 360 at the roundabout in order to return in the direction I should be going?

No, I shall be a smart arse and prove that my driving judgement is second to none. Sure, of course I can get a Fiat through a gap only just large enough for a motorbike. No problem. A grinding sound alerts me to the fact that not all is well. Never mind, no doubt just a flesh wound. I reverse. More grinding.

At this point I notice that a second bollard, that was secretly concealed underground when I last looked, has emerged to deliberately damage Nadine’s car, unseen by me. Some sort of revenge for Australia’s role in helping stop French nuclear testing, no doubt. I drive on convinced that this will just be a minor scratch

Revelations 2.4 states “And it was revealed that the minor scratch was in fact a giant dent all along the underside of the car….and, lo, it cost EU1000 to fix”. Lucky Nadine had insurance then. Final cost EU80, profuse apologies, damaged pride and a reminder that hubris is always a bad thing.

This is Part 3 of the blog series “97 Days Adrift in Europe”. Links to other episodes and related content can be found below: