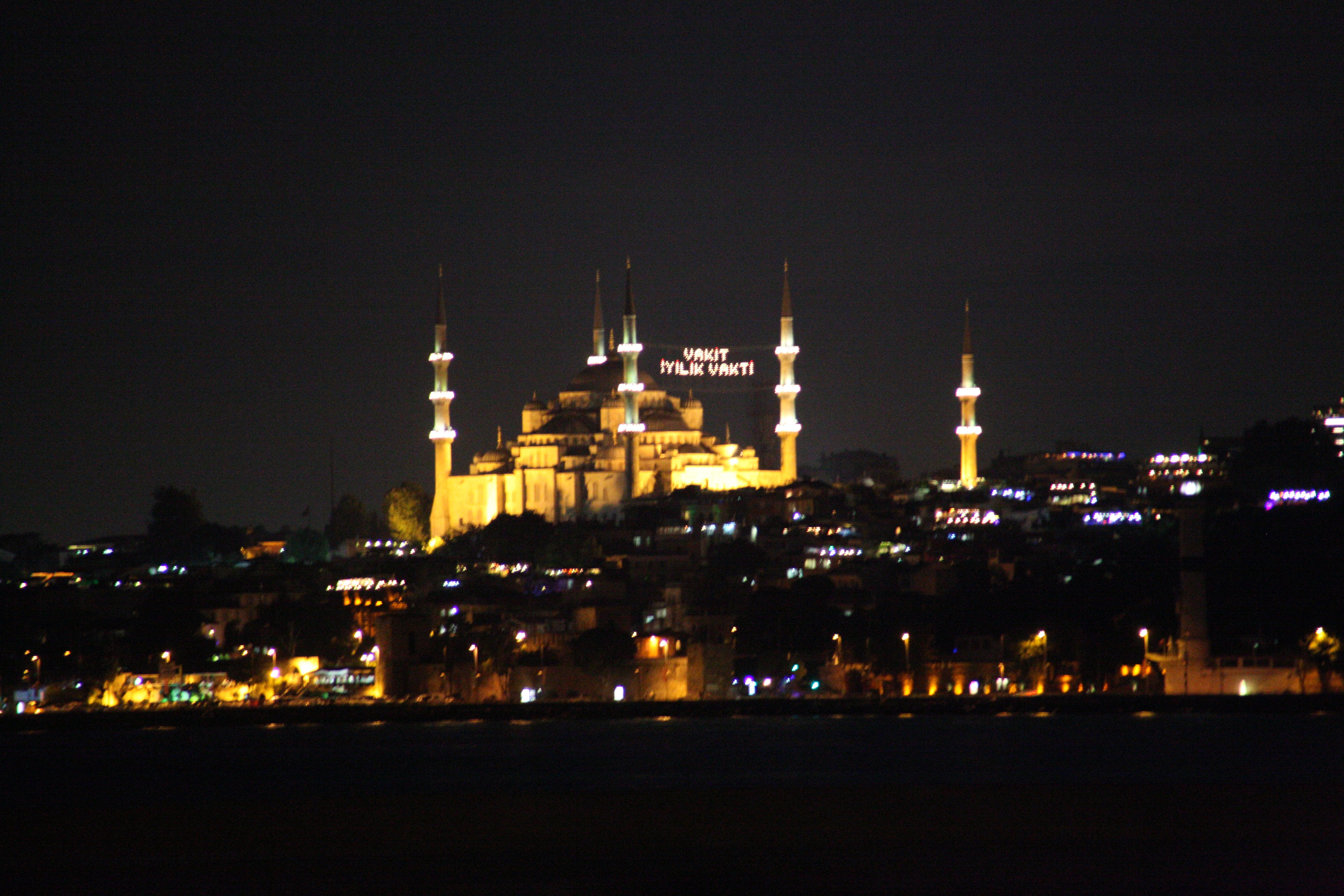 I normally sleep well on planes; but then often I have two or three seats. There is a technique. First, check in online and book the very rear of the plane, selecting a row that is completely empty at the time and near other empty rows. Not the back row because the seats rarely recline due to the bulkhead wall behind it, but the second or third row from the back.

If the plane is not fully booked the back will always be emptier because people find it noisier and bumpier so, even though the difference is marginal, if there are going to be empty seats they will be there. The back of the plane is also safer. Invariably, if anyone lives, they are most likely near the back. This is Godâ€™s punishment for the rich and selfish and, even if you die, you can take consolation that the rich bastards died first. Even better if the rich bastards are Liberal Ministers.

In 747s and some other planes the narrowing of the planes means the seats are only two wide on the sides so you get a mass of space next to the window for books, shoes etc making this the ideal space for a long flight.

Then you must always make sure you are the very last passenger on board. Wait until the third or fourth final callâ€¦or when they actually call you name. Then board Â – this gives everyone else the shits, of course since half the plane has been boarded, waiting, for at least 30 minutes. Never mind – everyone else will already be seated so you can see if there are any empty or part empty rows. Donâ€™t worry about your allocated seat just head straight for the vacant spaces. If there arenâ€™t empty seats naturally you take your pre-allocated seat.

On this occasion, I donâ€™t sleep so well. Kaylee, with whom I am traveling, has discovered the joys of traveling next to someone you know, which is that you can raise the armrest and take up half of your traveling companionâ€™s seat as well as your own. Having claimed she never sleeps on planes, she now sleeps like the proverbial log for at least half the entire journey.

I, on the other hand, do not sleep as well as normal. But there is consolation in that there are fewer complaints from the traveller in the next seat about having nearly drowned en route. This occurs, normally, as a result my standard travel sleeping technique, which involves looking like the local village idiot with my mouth wide open and drooling in a stream over the adjacent passenger

The drool as you travel technique is less problematic when traveling with Kaylee, as I can drool on her rather than a complete stranger. This leads to less embarrassment all around.

We fly Turkish Airlines that, contrary to the stereotype of Turkey as still chaotic and relatively poor is excellent. New planes, efficient and friendly service and, miraculously, a video system where the sound you â€œenjoyâ€ while listening to films doesnâ€™t sound like someone first smashed the system and then submerged it. I enjoy three films en route. One of my choices is the Book Thief. It’s a classic tear-jerker which means that, aside from being great and informative, is a bad choice because I spend half the film weeping and surreptitiously wiping my eyes since I have never managed to get over my childhood indoctrination that boys donâ€™t cry.

The plane sweeps over the Bosphorus with a view south over the Sea of Marmara and north to the Black Sea. If one can ever say that a view from a plane is a taste of history, this is it. Constantinople is truly a cross roads which has led us to the current morass in Syria, Iraq, Iran and throughout Europe. In one glance you can see, metaphorically, where two great empires, two continents and two religions collided.

Around the Bosphorus: apparently every fish MUST be caught. And a few of the old extent Ottoman houses

Below the waters lie the wrecks of British and French warships, the Â Bouvet, OceanÂ andÂ Irresistible, were sunk by mines and the battlecruiserÂ InflexibleÂ were damaged by the same minefield.Â  The loss ofÂ BouvetÂ and two other British battleships during the 18 March attack was a major factor in the decision to abandon a naval strategy to takeÂ Constantinople, and instead opt for the Gallipoli land campaign.[10]

The subsequent defeat and break of of the Ottoman Empire then led (in its most simplistic form) onto the creation/independence of Syria, Iraq, Lebanon, Iran and the establishment of the borders of Turkey and Greece and from there to the present morass in the middle east.

We land at Ataturk Airport, in European Turkey, in the very early hours of the morning and we take a taxi to our AirBnb accommodation just a couple of minutes from Taksim Square. Our host, Dev, meets us at 6am and, as we invariably found with AirBnB, gave us a great welcome including a wealth of information including a recommendation to go to the Gay and Lesbian Pride March, that evening.

After a short sleep we take to the streets walking up the Bosphorus for about six kilometres towards the Black Sea, under the bridge which joins Europe and Asia, and onto the Bosphorus-side suburb of Bebek.

The walk provides a form of Turkish smorgasbord incorporating as it does, European coffee stops, traditional Turkish tea houses, advertising for Galatasaray Soccer Club (named for the area around the Galata Tower), markets, the Bosphorus, museums, ancient palaces and a myriad other miniature experiences of the richness of Turkey, with the biggest downside being that much of Bosphorus side walk is blocked by private or Government property and buildings.

A taxi back to the Hotel gets us back in time for the Pride March and we walk the 10 minutes up the hill to Taksim Square, just adjacent to Gezi Park where massive protests against a proposed shopping centre flared into riots in 2013 (https://en.wikipedia.org/wiki/Gezi_Park_protests).

As we arrive at the top of the hill the march is leaving the square and heading down the road. It gets about 50 metres past us and then, just as quickly hundreds of people start sprinting the other way as a phalanx of riot police come up the road, batons drawn. The brutality and deaths of 2013 are apparently very fresh (http://tinyurl.com/ow5n4zn).

We move with the protesters back to the square that is blocked on every side by riot police. Just a month after the election in which the authoritarian Government of Erdogan lost its majority (but the Justice and Development Party remained the largest party), it is trying to assert itself by banning the rally and march and preventing it leaving the square. As an Islamic Government, it is also affronted by the fact that the rally is occurring during Ramadam â€“ but as with most things in Turkey itâ€™s not as simple as an Islamists vs. Secularists issue, with many of the protesters wearing headscarfs and other Islamic dress (later we were bemused at the beach to see women in bikinis and headscarfs).

Refusing to be moved on, we are all soon confronted by water cannon. Kaylee, in her wisdom, deciding the water pressure in the flat is insufficient for a good shower, goes to investigate the efficacy of water cannon, before a friendly nearby Turkish woman advises us the perhaps it would be wiser to move in the opposite direction.

At this point the tear gas starts and people start scattering and then re-grouping nearby. The rally is, apparently, also a spectator sport and thousands have gathered higher up the hill to view the action and the crowd surges back and forth, eventually breaking through the police lines on the far side of the square, a victory of sorts and it issues down the streets by Gezi Park. Now the rally begins to disperse and move into the nearby bars as dinner approaches. We take ourselves off for a couple of gin and tonics and then on to dinner. An eclectic first day in Turkey moves to a close.