A Flying Visit to Florence

Our visit to Florence is really just an interregnum on the way from Corsica to Dubrovnik via Bari. There is no rest in Florence from the madding crowds….except choosing the right time of day and a 20 minute walk away from the city centre. Rules for the Idiot Traveller: anytime before 8 am is a good time to visit tourist spots and any place more than a kilometre from the key tourist attractions means you will be a million miles from the madding crowd.

The Uffizi Gallery – no visit to Florence is complete without it

The saving grace of Florence, of course, in common with many European cities is the relegation of the motor vehicle to its rightful place as a second class citizen. Here in Florence, as elsewhere around Europe, it is the obligation of the driver to avoid pedestrians and to drive at a minimal speed to avoid accidents. Here the pedestrian is not just King but King Kong.

Of these about a million are on the Ponte Vecchio , another million in the Uffizi gallery, 800,000 on Via por Santa Maria and its surrounds and the remaining 200,000 in the rest of the city. And none are out of bed at 6 am. Thus I am able to visit all the important parts of the city devoid of teeming hordes of American tourists going “Oh my Gawd, Larry, won’t you look at that…..”

We arrive in Florence by train and decide to catch a taxi to our AirBnB even though subsequent experience tells us that a fat man with two broken legs could have walked there faster than the taxi.

Emerging from the station we are confronted with a taxi queue longer than Sydney airport’s. Unlike Sydney Airport, however, whoever is managing Florence station (or maybe no one is) has managed to work out that if you have three parallel queues of taxis this goes three times as fast as having a single queue. Nevertheless we have enough time for Kaylee to go in search of English language magazines at the nearby bookshop.

Like gift shopping, searching for an English language magazine is an essential activity for Kaylee, not far removed from the junkie’s search for the next hit.

Most of the magazines never actually get read (which one could argue separates her from junkies) but only for the reason that she is actually just addicted to the feel of the paper and the sound of the pages being turned. It is not necessary to read them.

Approximately half the biomass of the Indonesian rainforests is stored in in piles of magazines which are festering in some part of her home in Wandiligong.

I am nearly at the front of the queue by the time she emerges weeping from the bookshop because all the magazines are in Italian.

My stay in the queue has given me time to notice the six electric cars at their charging points opposite; cars which work on the same principal as hire bikes, such as Paris’s Velib system  and which allows me to consider, once again, the extraordinary stupidity of Australian Governments where our transport and electricity systems are relics from the dark ages. 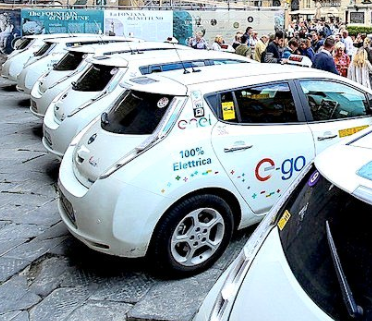 We have two days in Florence which is just sufficient to take an early morning tour of the most famous landmarks at times when they are devoid of visitors. There are not even any drunk Brits throwing up, or urinating, in some quiet corner of some quiet street when I venture out. My sole companions are keen photographers, joggers, street sweepers and the odd party goer returning from the night before.

Old cities are magnificent at dawn, the combination of the soft light caressing old stone, the echoes of the empty streets with just the odd footstep and the opportunity to appreciate the tempo of the city uninterrupted by a myriad vehicles and the vacant narcissism of selfie-takers.

From our AirBnB to the Ponte Vecchio, past the Cathedral of Santa Maria del Fiore, the Piazza della Republica and around the Uffizi gallery, I encounter no more than a dozen people where, yesterday, to move in the street was to experience intimate contact with half of all the tourists in Florence.

The Ponte Vecchio, in particular, is, at peak tourist, more a crowd than an actual bridge and it’s impossible to appreciate anything about this ancient structure at any time after about 9 am. At 6 am, however, the river and the bridge is a thing of beauty with the old buildings lit by the rising sun.

Just on the other side of the Arno River at Peak Tourist (see my blog on Prague here for a definition of peak tourist) you can escape to the gardens and museums of the Giardino Bardini and the Giardino de Boboli, and their adjacent museums, where the crowds drop off by 90%, despite being in spitting distance of the Ponte Vecchio.

Despite the crowds there are aspects of nearly all European cities that are part of the special joys of major cities, and the vast amount of great street music and performance is one of those joys.

Late afternoon finds us almost back at our AirBnB on Via della Ruote and we decide that since it is yardarm time we will sample the delights of one of the many stylish restaurants so we drop into La Menagere for a quick drink. This is, of course, one of the joys of Italy, great locations, good wine/great apertifs. 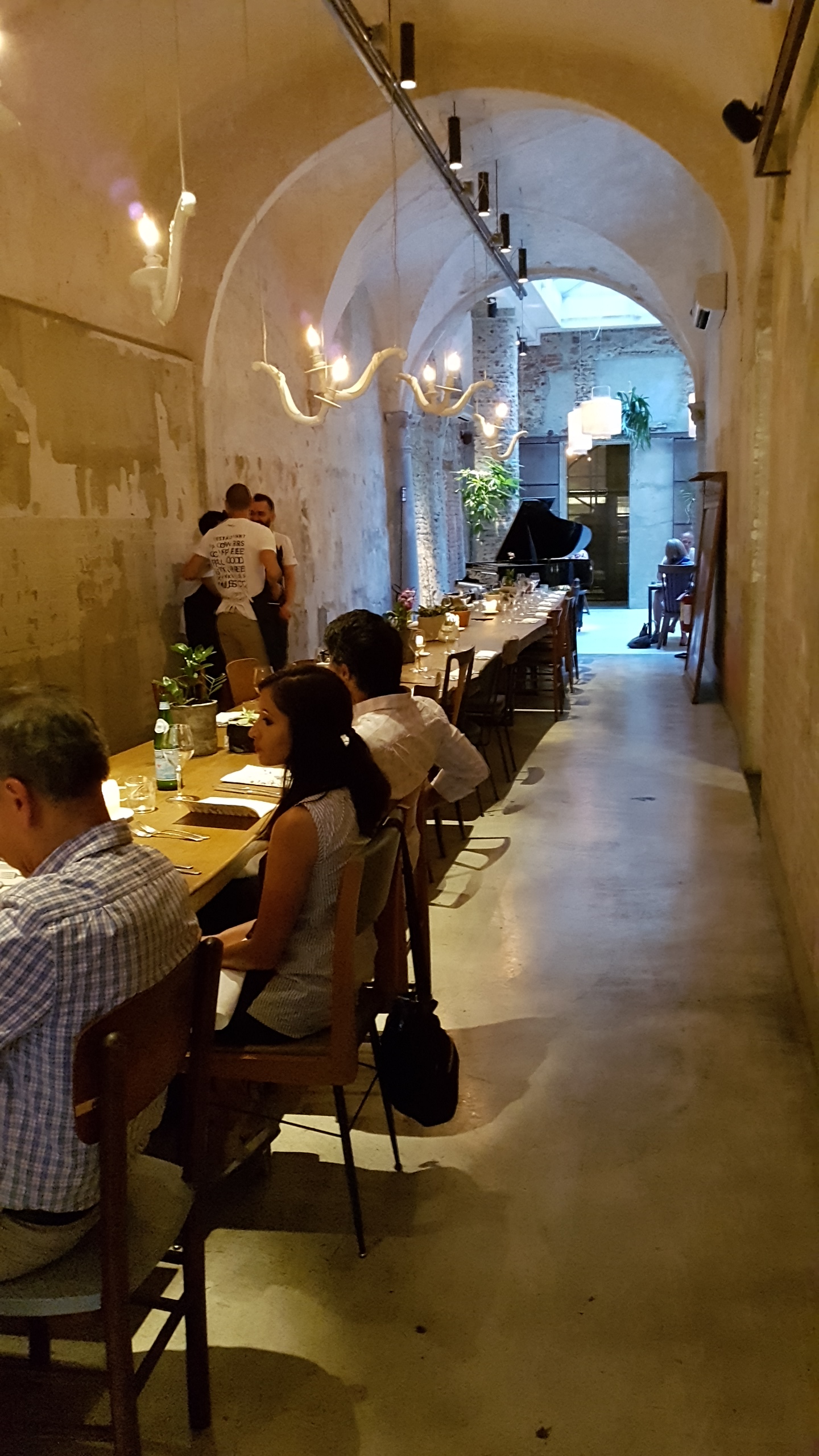 On our second day, we head out to visit Marsel, a school colleague of Kaylee’s, who is conducting an orchestra in nearby Arezzo. This is a flying visit an hour down the track by train but gives us an opportunity to take in a bit of the surrounding countryside, as well as to experience the psychology experiment that tells you that if you are going to get attacked, do so in a quiet street.

As we are waiting at Arezzo station, for Marsel, we hear a brouhaha. Two men are trying to take something from a woman, who starts shouting and screaming. The station is crowded with dozens of people but no one does anything, either just standing and watching or ignoring the scene entirely.

Eventually, overcoming my natural cowardice, the sense that, as a tourist, it’s not really my obligation to intervene, and my lack of health insurance, I decide to intervene and walk over and try and inject myself, metaphorically speaking, between the antagonists.

They pay not a blind bit of attention to me and continue to struggle and scream at each other, allowing me to believe I am not about to be stabbed, imminently.

At this point Kaylee has followed and, as I look around I notice, that the entire rest of the station has apparently been given permission by my intervention to treat the event as a participatory spectator sport, with many standing just a foot or two away. Two gendarmes arrive and I am able to make an exit. Tourism at its best with never a dull moment.

We have just two hours in Arezzo so only enough time to meet Marsel and have coffee and cakes. Never mind the medieval ruins, there are always more bloody ruins in the next town, but free coffee and cake is too good to be missed.

Next morning we head off on the Italian equivalent of the TGV which takes us very fast to Bari and our ferry to Dubrovnik.

This post is the second in the series Europe 2017 “From Corsica to Bosnia. Links to the previous post in the series are here: Corsica