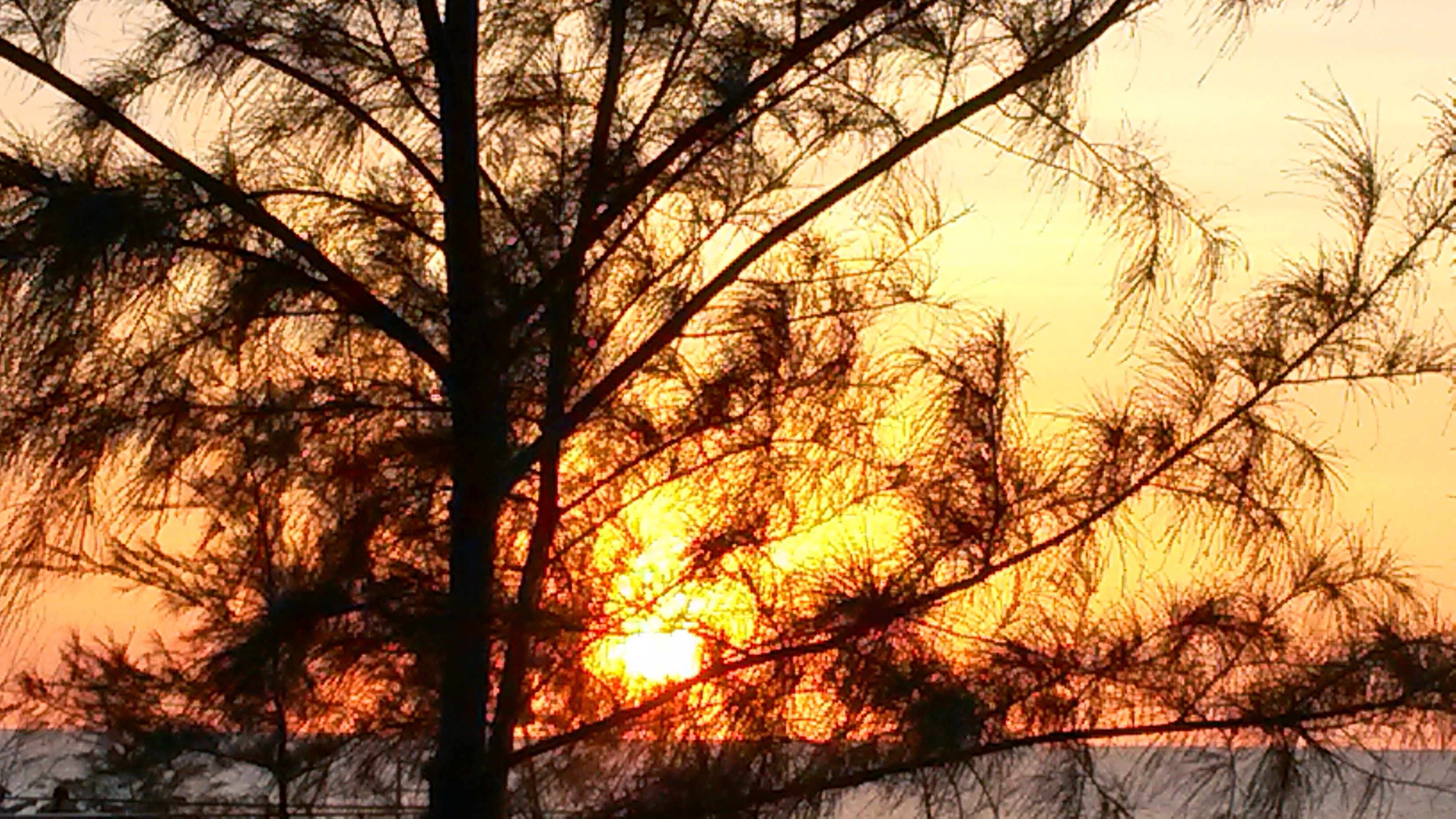 Chaos overtakes one very quickly on long trips. The butterfly wings start beating as soon as the aeroplane engines stop, and disorder instantly overtakes order. I am arriving in Darwin to prepare for a two month trip travelling Northern Australia through the NT and the Kimberley .

After a single overnight in Brisbane, the disappearing fairy has already been in action. Missing are one camera lens, at least one pair of the ten pairs of reading glasses that will be lost en route, the camera manual and miscellaneous other items. But I am redeemed since, in compensation for my sins, I have lent my house to my friend, Jane Lyons, who is able to find the things I left behind and mails the items to me in Darwin.

Stepping off the plane in Darwin, one descends into the maelstrom of Darwin airport. It’s a model of Australian transport planning where Government guesses approximately how many people it thinks will use the airport in five years time, then having redeveloped the airport to accomodate the planned numbers.

But these numbers did not include an entirely new oil industry and some new mines, nor did it allow for the fact that the redevelopment took twice as long to as planned. Hence it is already too small before it is even finished. Perfect; it can join Sydney’s roads and railways as an example of political foresight.

Darwin, more than 26 years after I “permanently” departed, and years after my last long visit, is bizarrely familiar.

The airport is full, literally, with Darwin’s mixture of human hundreds and thousands; the terminal is teeming with black, brown and brindle from every corner of the world, every profession and every attitude. Tourists, rednecks, hippies, professionals, public service, oil industry. 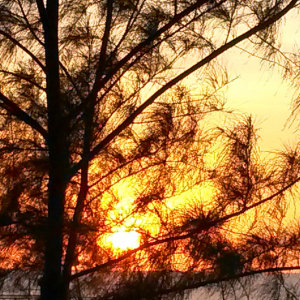 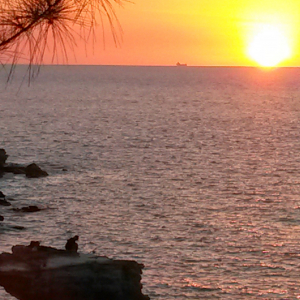 I head for David Cooper’s flat in Nightcliff. David and I shared a house together in Darwin in 1986 and have remained firm friends through Simpson Desert trips, a multitude of partners, jobs and changes of residence. On some foolish night over beer and pesto, long ago, I was created his daughter’s Godless Father, with the responsibility of making her irresponsible, corrupt and Godless. Sadly only the last succeeded and she remains a model citizen unlike all my erstwhile contemporaries who are all Godless communists, fornicators, and conservationists.

David, like Darwin, changes little. At 56 he owns two plastic spoons, a broken boom box, 3 CDs, five milk crates, a saucepan for boiling water and three sets of sheets. Not one shred of wifi microwaves has ever passed his door and to communicate with the world he uses semaphore. The ultimate conservationist, he puts us latte and chardonnay sipping neo-conservationists to shame. But, crucially, his house is full of beer, coffee and other essentials

We can understand the importance of good coffee by referring back to a 1990 trip across the Simpson when on arriving in Broken Hill we circled the town looking for good coffee like vultures looking for carrion. On spotting a cappuccino sign we descend like ravenous timber wolves and order four coffees. The machine is on, the proprietor removes the handle. We are slavering. Then he reaches for the tin of Pablo (definitely the worst instant coffee ever made) and a collective psychic groan is emitted that can be heard in Newtown and Fitzroy. We leave without coffee.

There are more than 60 nationalities living in Darwin. It’s very multicultural communities with a highly visible Aboriginal presence but it’s also home to one of the most redneck, racist Governments in Australia, both historically and currently; something hard to believe given the profile of the Queensland, WA and Federal Governments. 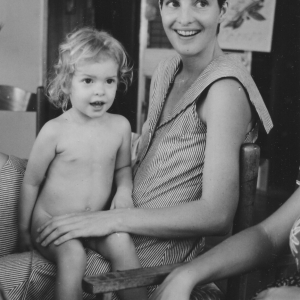 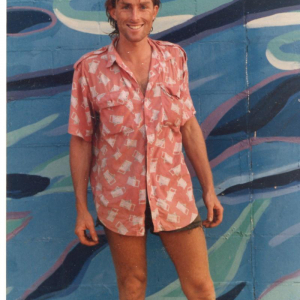 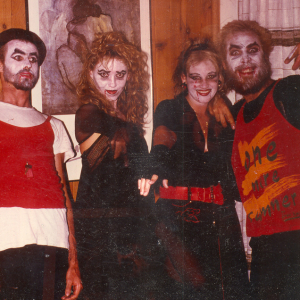 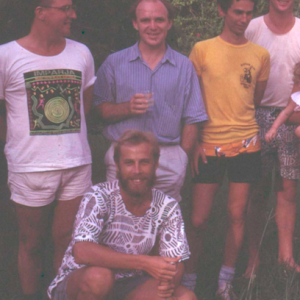 The most visible changes to Darwin are Mitchell St where hordes of backpackers check each other out and estimate, from beneath the effects of eight Coronas, their chances of a one night stand. Failing that they can compete in projectile vomiting the dollars they have just earned.

Darwin’s population, including Palmerston has grown 50% in 25 years from 80,000 to 120,000, but it’s still hard to get a decent meal out in most parts of Darwin. However, in keeping with Australian culture, one no longer has to rely on one cafe, the Roma Bar, for decent coffee. In recognition of the coffee drought that will surely descend once we leave Darwin, we coffee up.

Darwin’s city buildings are outstandingly some of the ugliest to have ever graced a capital city but it does have one of the best small city museums in Australia and elsewhere, in which still ‘lives’ Sweetheart a six metre crocodile which was drowned in the Daly river when he was being re-located.

I am in Darwin for four days patiently waiting for my parcel and the rest of the road-trip crew. On the morning I am due to pick them up at the airport I call our 4WD hire company to arrange collection of our vehicle. Nathan, the owner tells me the vehicle has disappeared. It is overdue.

My package, courtesy of Australia Post, is also lost in action. The butterfly wings are beating rapidly. I borrow David’s car to pick up my fellow travellers from the airport, warning them that it is highly possible, given the disappearances of cars and parcels, that those losses will are be balanced by the karmic re-appearance of a piece of MH370 that has hitherto been lost in the stratosphere.

We are consigned to another night in Darwin due to the missing vehicle. That night turns out to be the night of NT’s celebration of partial self-government. Only in the NT could they celebrate ‘partial’ self-government (or, in other words the failure to get full self-government).

The night is an excuse for a massive fireworks display. But unlike the rest of Australia where Governments take the nanny state approach to protecting citizens from fireworks injuries, in the NT they take the Darwinian approach of the survival of the fittest. Anyone can buy fireworks and release them pretty well anywhere. 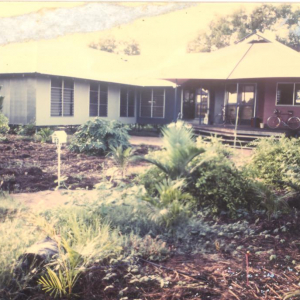 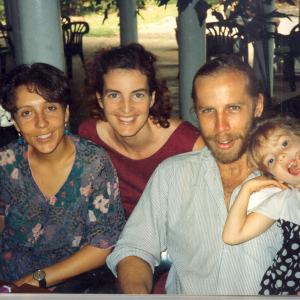 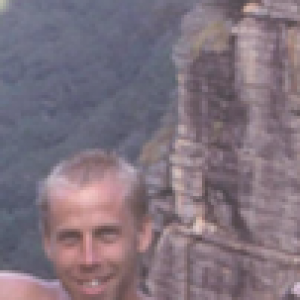 Mine host, David, and partner, Karen, elope from the flat to a hotel in deepest downtown Darwin which is a largely fireworks free zone. They fail to warn us of the coming mayhem. As a result Kaylee and I remain in his flat and are subjected to the biggest bombardment since the RAF murdered thousands in destroying Dresden during World War 2.

We awake in the morning to news of one blinding, a farmer who burned his entire hay store, 70 random bushfires, two house fires and numerous minor burns. It is Darwin hospital’s busiest day of the year. Another glorious celebration of partial self-government.

Our four-wheel drive is still lost. Finally at 2 pm the errant vehicle emerges. The party which was hiring the vehicle lost track of time and distances. Nothing has changed up here since Burke and Wills. And my package is still somewhere between Byron and Darwin. Australia Post can’t even track it since it appears the Byron PO forgot to scan the barcode properly. Byron being Byron, we understand how that happened. And of course it is likely that our friends in the Darwin PO have the same handicap.

Nathan puts us up in a Darwin Hotel while the Nissan is cleaned and serviced ready for our departure. Roger and Jill, our erstwhile travelling companions, demonstrate their long experience of boutique hotels by declaring our neo-3 star hotel as “luxurious”. Gina Rinehart eat your heart out.

Finally next day Nathan arrives at 8 am with the vehicle. We have a quick one-hour demonstration of how everything on the vehicle works which, it subsequently emerges, we all heard quite differently. As a result none of us know what does what. Consequently Roger tries to cook dinner the first night with the fridge. In recognition of my immense ability to lose anything smaller than a truck tyre I am prohibited from looking after the keys or the emergency beacon.

At 10 am we finally depart Darwin.